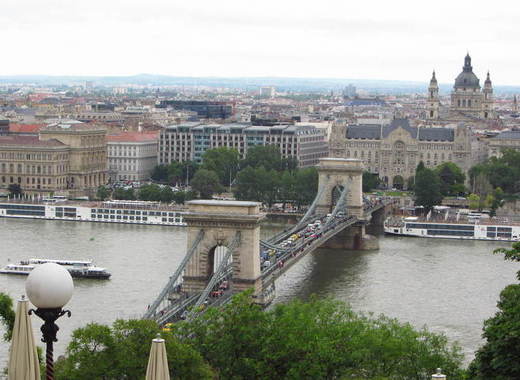 In an interview with Radio Arena, the mayor said he will launch a social debate within a few weeks about the renovation of Széchenyi Square and Széchenyi Chain Bridge, and the repurposing of the quays on the Pest side.

The renovation of the Chain Bridge will be impossible without the EIB's credit line negotiated by the former city administration, Karácsony conceded.  But the city will take just HUF  10 billion and not the full sum (HUF 53 billion) of the credit because Budapest is in huge debt already, he added.

In the case of Biodome, the centerpiece of the projected enlargement of Budapest Zoo, the mayor said that a team of experts is evaluating completion alternatives with a cost estimate. Then the future of the project will be decided, depending on how much money would be left in the city budget. According to previous estimates, additional HUF 20 billion would be needed to complete the biodome, but neither the government nor the city would take such commitment.

The mayor confirmed that the Pest side embankment would be closed to cars for a few weeks until August 20 coinciding with the school holidays. This will be a trial and it will follow the experience of Paris in turning the River Seine quayside into a recreational zone. There will be several cultural events and beach-like events on the closed quay north and south of Parliament, the mayor announced.

Gergely Karácsony sounded the alarm that diesel cars banned from Western cities had started flowing into Budapest. So, the mayor wants to initiate a social debate on the introduction of car-free zones, a unified parking system with smart parking and a so-called traffic congestion fee. Agreement with the capital districts regarding the universal parking system has already been reached.