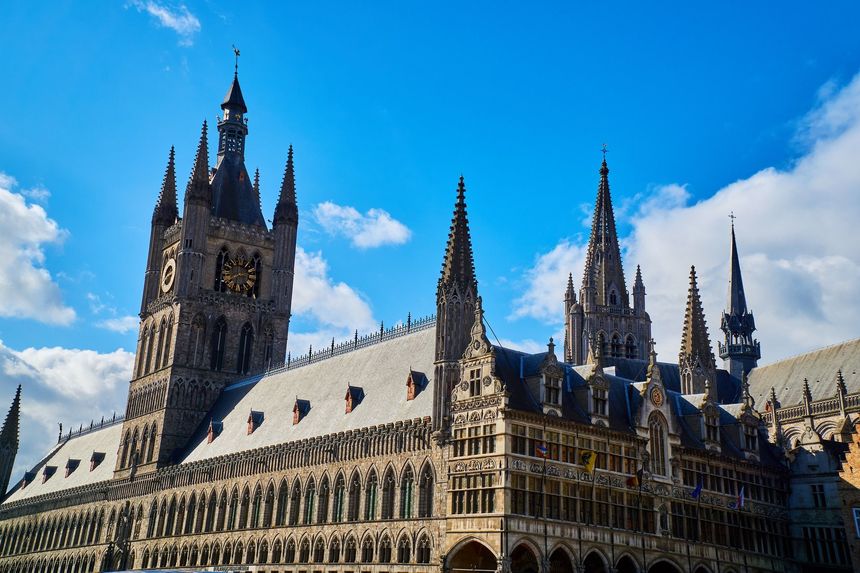 Ypres is a small Belgian city with a very rich and diverse past. It is an ancient town which was raided by the Romans back in the first century B.C. It was first mentioned in 1066 and its name (Ieper in Flemish) is likely to have derived from the river Ieperlee on the banks of which it was founded. It was the canals and ramparts that preserved the city best over the centuries.

During the Middle Ages, Ypres was a thriving cloth trading city and one of the major Flemish cloth cities together with Bruges and Ghent. The three controlled Flanders in the 13th century. The impressive Cloth Hall (buildt in 1214, restored after WWI) is proof of this glory period. The St Martin's Cathedral and the beautiful fortresses also date from this era.

However, a siege of the city by the English in 1383 during the Hundred Years’ War caused serious damages and led to the decline of the city. Numerous sieges by the French also followed in the 17th century.

Ypres had a strategic location and was important for the execution of the German Schlieffen Plan. During the First World War the charming city was almost completely destroyed by four years of violence. It was a scene of some of the bloodiest battles between the Allied forces and the Germans – The First, Second and the Third Battles of Ypres, in 1914, 1915 and 1917 respectively.

The local people rebuilt their city with respect for its history and architecture. It is known today as a city of peace and has warm friendship with Hiroshima, Japan. The small Belgian city is home to the international campaign secretariat of Mayors for Peace, which strives to abolish nuclear weapons by the end of 2020.

Ieper is a municipality in West Flanders province, Belgium.  It has an area of 130 square kilometres (Statbel) and a population of 34,927 inhabitants as of 2019 (National Register).

Its official Flemish name is Ieper, but the French Ypres is commonly used in the English-speaking world.

Today Ypres is an agricultural market centre and manufactures textiles and building materials.

It is home to the Ieper Business Park and the "Flanders Language Valley". It has a well-developed tourism industry, too. 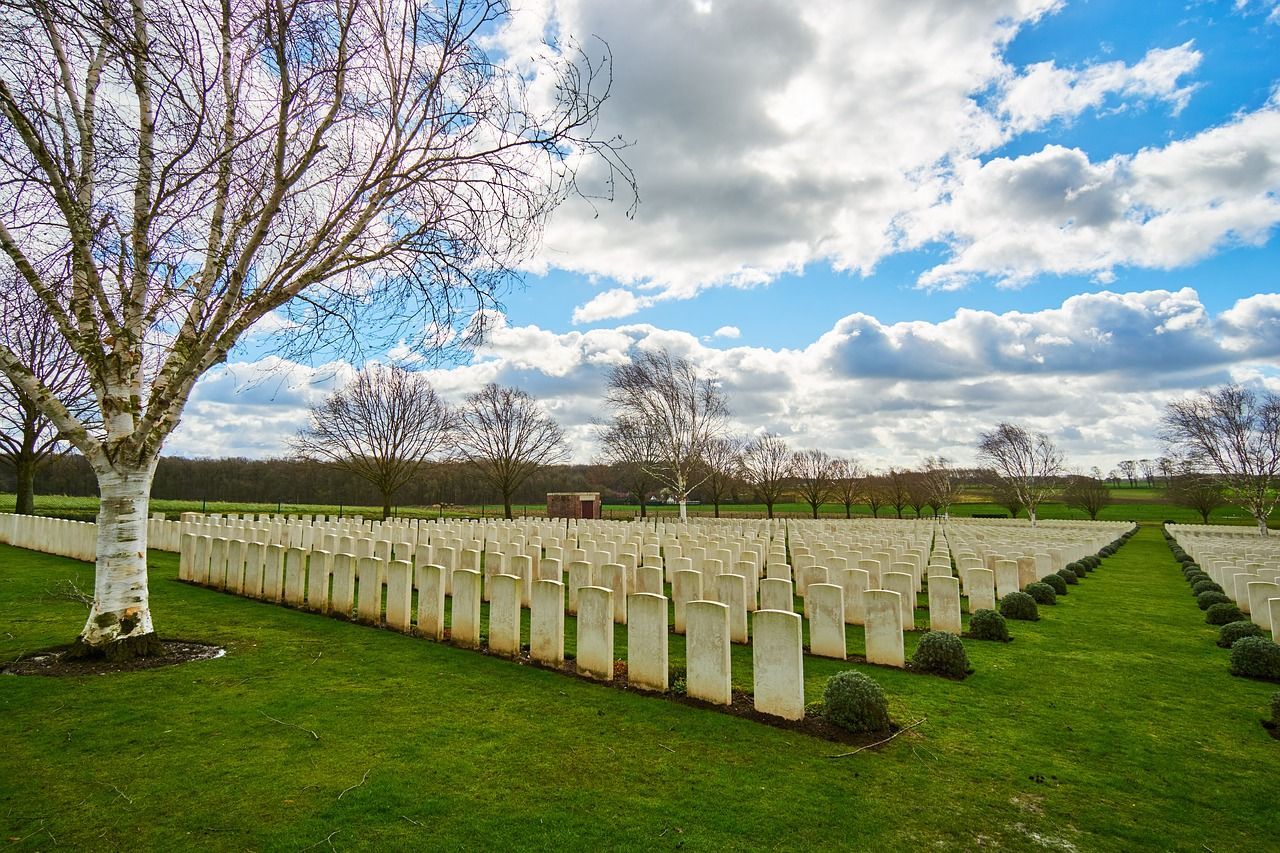 In Ypres, there are many sites, monuments, cemeteries, reconstructions and landscapes that are reminiscent of World War I. These include the WWI area and centre, the Flanders Field Museum, the Ramparts Cemetery, the Menin Gate Memorial to the Missing and more. 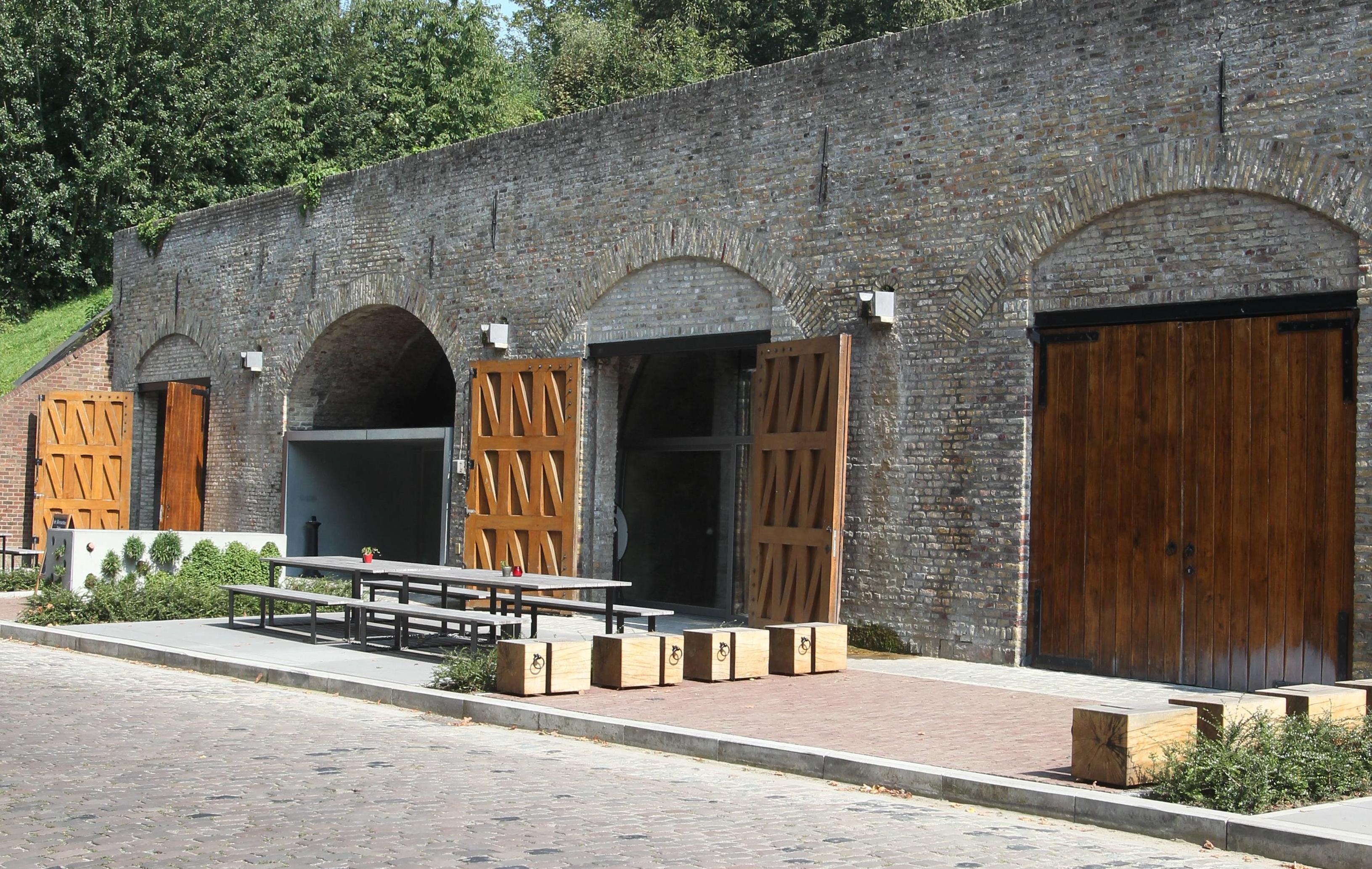 The city boasts the best-preserved fortresses in Belgium. Ypres also has many beautiful churches and medieval towers. The impressive Cloth Hall has a belfry with a carillon that counts 49 bells.