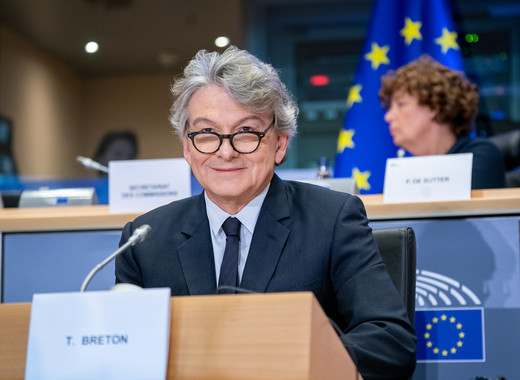 Източник: Hearing of Commissioner-designate Thierry Breton by European Parliament on Flickr (CC BY 2.0)