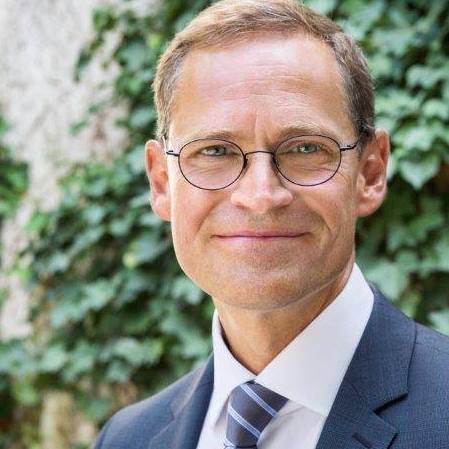 Mayor of Berlin is Michael Müller. He was born in 1964 in what was then West Berlin. He graduated from the Technical College of Business and Administration and started his own business. His political career began as a member of the Social Democratic Party in 1981, of which he is still a member. In 1996, he was elected to the House of Representatives in Berlin. He was elected mayor of Berlin in 2014. Major points of his city development programme are the improvement of the quality of life in the capital, which includes the construction of new residential buildings (400,000 new apartments are planned to be constructed, as well as a change in the rental policy, regulating the prices), providing more jobs in different sectors, investments in infrastructure and culture.