Huesca Municipality will cover up to 20% of local purchases

The initiative is designed to help both small retailers and consumers 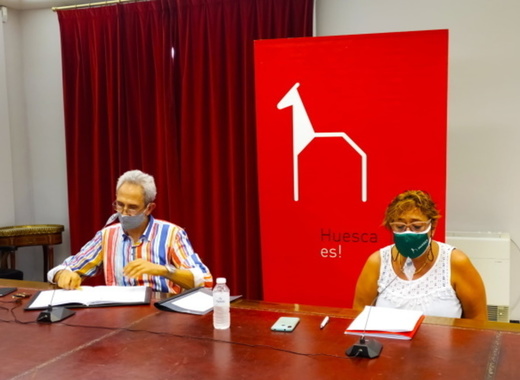 The Huesca municipal website informed that a new campaign called ‘Bonos Impulsa Huesca’ (Vouchers to Boost Huesca) will unfold in the city providing 300 000 euros for residents to spend in the local economy. The initiative will begin on Monday, 17 August and will go on until the end of the year with a view to reviving spending during the slump.

The city authorities are partnering with Ceos-Cepyme Huesca, the local branch of the small and medium businesses confederation of Spain, to make this possible by providing each resident of the Aragonese city with up to 50 euros a month under the form vouchers that can be used to get significant discounts in the local stores.

In order to get their vouchers, citizens over the age of 16 will have to fill in a simple form with their personal data and identity number. Then they will be sent a unique code valid for 5 days. When they are at the store making the purchase, they will have to show the code and their identity card. For purchases of 10, 25, 50 and 75 euros, shoppers will be able to get discounts of 2, 5, 10 and 15 euros respectively.

As for the retailers participating in the program, they can be registered freelancers, small and medium enterprises involved in any sector, except for the sales of tobacco, medicines, fuel and gambling. They can sign up to the campaign also by filling an online form.

The way everything will work is that the customer will pay the difference at the establishment, the voucher will be registered as redeemed and the system will save this information. Then the authorities will sum up all the vouchers reported by the retailers and will restore the amount to them.