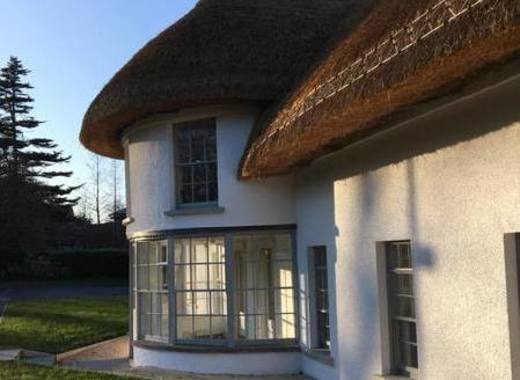 The collection which has attracted locals and train enthusiasts from near and far, comprises more than 300 model trains built by Dublin engineer and draughtsman Cyril Fry.

The train aficionado created his collection over a 40-year period from the 1920s until his death, hand-crafting in miniature all the train types that ran in Ireland since the 1840s. Initially, he kept his hobby to himself, but the mushrooming collection outgrew his cottage in Churchtown, Dublin and finally was handed over to Dublin tourism in the 1970s.

Retired CIÉ craftsman Thomas Tighe did some important additional work on the model railway and the collection was moved to Malahide Castle in 1988. However, Fingal County Council which owns the property had to vacate the premises in 2010 because of the pending renovation of the building.

Trains in the Casino

The Fry Model Railway collection now has a new and permanent home – the newly refurbished and extended Casino building, located at the entrance to Malahide village. Local farmer Micheál Gaffney, who had a keen interest in the Fry collection, initiated the restoration project with a €1.5 million donation.  Fingal County Council invested a further €2.8 million.

Dating back to the 1800s, the Casino building was originally part of the Malahide Castle estate, owned by the Talbot family, and was a private family home up until 1999.

Apart from Fry’s models, the museum now houses a collection of Irish railway memorabilia and a large modern railway layout depicting several moving scenes. The latter were designed and built by professional model maker David Linfield, with extra features such as lighting and automatic signalling to be added over time.

Fingal Mayor, Councillor Eoghan O'Brien, quoted by RTE, described the new museum as a “fantastic marriage” of two Malahide icons - the Casino building, and the Fry Model Railway Collection itself. And he invited all train enthusiasts from Ireland and abroad to visit the priceless collection in its new home.