Linz begins charting a path towards the future

Over the next few months, locals will be debating and pitching their ideas for the long-term development of the city 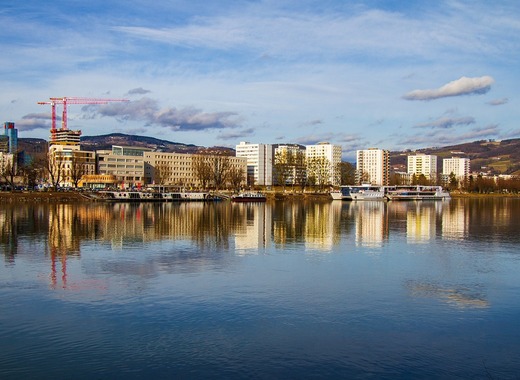 What do you want Linz to look like in the future? That is the question being asked by the city’s authorities as they invite citizens to take part in a series of debates over the next few months. Local authorities are acting on their promise to involve all who consider Linz their home in the city’s transformation as they chart its future course together, as a single unit.

Last February, local authorities in Linz presented the city’s 2020 urban development strategy which envisioned the carrying out of several events meant to engage the local population in the creation of a long-term vision for the Upper Austrian capital.

Those events, however, were delayed as a result of the COVID-19 outbreak and were postponed until the epidemiological situation permitted it. With the easing of coronavirus restrictions and with authorities confident they can handle the situation, the first of 5 such events was held earlier this week on Wednesday 23 September, with locals and experts jointly discussing the topic of the “urban economy”. As part of the city’s overall strategy, these debates and discussions are then followed by workshops during which locals can create concrete solutions and proposals and give shape to their own ideas – thereby actively contributing to the city’s future development.

“For a city to develop positively in the long term, it needs a clear vision. With the urban development strategy to be drawn up, the city of Linz is for the first time giving itself clear guidelines that will be followed in future development steps. I am therefore very happy about the fixed format of the disputes, which gives citizens the opportunity to discuss and develop their immediate living environment themselves,” explained Linz’s mayor Klaus Luger.

Over the next couple of months, the city will be hosting another 4 debates, focusing on different topics and themes, that will ultimately join together in creating a cohesive, feasible and achievable vision for the future of Linz.

The topics and dates are as follows:

All the discussions will be held in the Linz Town Hall and will be attended by renowned experts and city officials who will work jointly with locals to produce the best results possible.