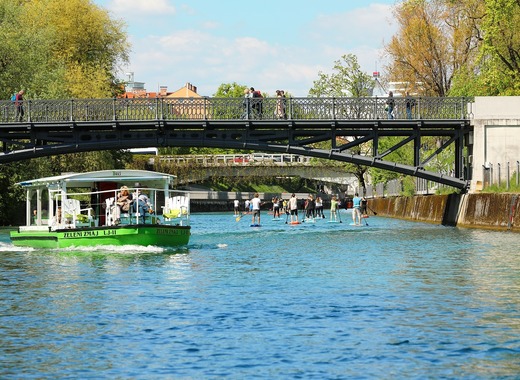 Culture and cultural activities were among the first casualties for the coronavirus pandemic. The imposition of restrictions and lockdowns meant to stop the spread of COVID-19 led to the shutdown of venues and the subsequent cancellation of events and activities.

The industry – in its entirety and across all of Europe – is still reeling from the blow, but with the lifting of some of the measures and the gradual return to normalcy, things are starting to look up.

Evidence of hope in Ljubljana

In order to measure public opinion and have a decent understanding of the lay of the land in terms of attitudes towards cultural activities, local authorities in the Slovenian capital of Ljubljana, alongside businesses and interested parties such as Kino Šiška and Gledališče Glej conducted a major survey that gives an adequate impression of how eager citizens are to return to the way things were.

The survey was conducted throughout the month of July – between the 10th and the 28th – and collected the responses of some 2,207 individuals. It is the first of its kind of Slovenia which aimed to measure the readiness of the local population to return to cultural venues following the lifting of some restrictions.

According to the survey results, some 76% of those interviewed responded that they either missed or greatly missed attending cultural events over the last few months. Furthermore, a staggering 88% stated that the online replacements that were widely pushed by organisers and performers can not compare to the real-life experiences. Further evidence of that is the fact that 95% of respondents stated that they would be ready to attend concerts, galleries and performances.

Finally, and perhaps most interestingly, some 62% of those interviewed stated that they are not afraid of becoming infected with COVID-19 and would immediately return to cultural venues once they fully reopen.