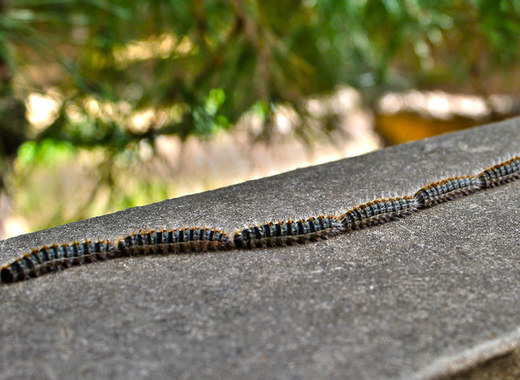 Източник: Pine processionary caterpillars by rabiem22, on Flickr (CC BY 2.0)