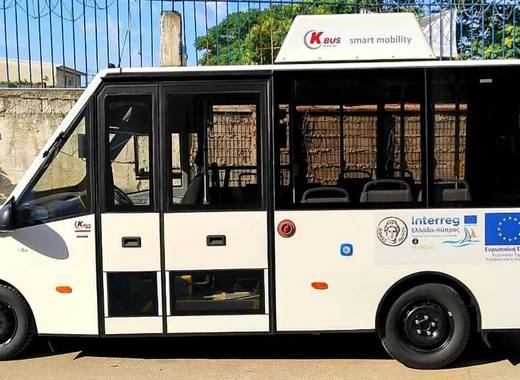 In order to better and more accurately respond to the needs of its citizens, local authorities in the Cypriot city of Paphos have launched a brand-new “social public transport route” going to and from the Paphos General Hospital.

The route is meant to make it easier and safer for the elderly and the vulnerable to make trips to the healthcare institutions and is entirely free of charge in order to better accommodate the most disadvantaged members of society.

The social route – building upon past experiences and investments

The new social route takes the shape of an electric bus running to and from the Paphos General Hospital, in combination of the city’s already existing green routes. It is completely free and arrives at set intervals at different locations across Paphos.

The electric bus procured by the municipality is the first of its kind in the whole of Cyprus, as TheMayor.EU reported earlier this year. The investment made by the city’s local government in its purchase is most certainly paying off – especially with the launch of the new route, as the bus is being used to service the routes that are most in need of additional support.

The route to the hospital begins at 8.30 am from the parking lot of the Ottoman Baths – Hammam and it will run three times a day, Monday to Friday as follows:

The vehicle has a total capacity for 20 passengers and is perfectly accessible for people with disabilities.