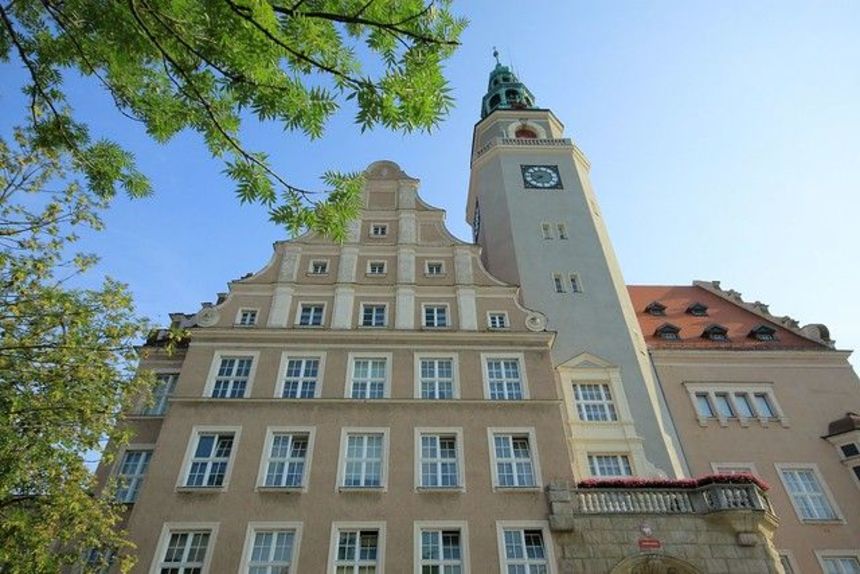 The Polish city was first mentioned in 1334, when Henryk von Luter erected a watchtower in the bend of the River Łyna. He gave it the name Allenstein (Gród nad Łyną) after the largest river flowing through Olsztyn. Allenstein (for the Poles Holstin and later Olstyn) received city rights in 1353. The principal and first mayor of Olsztyn was Johannes von Leysen.

Numerous wars between the Teutonic Order and Poland in the 15th century repeatedly destroyed the young city. In 1414, Olsztyn suffered from the army of King Władysław Jagiełło. In 1454 the local people took part in the uprising against the Order and occupied the castle, acknowledging the supremacy of the Polish king, but a year later the town returned to the control of the Knights again. It was only thanks to the Second Peace of Toruń (1466) that Olsztyn, along with Warmia, found itself within the borders of Poland. The next war with the Order in the years 1519-1521 ravaged Warmia. The contemporary administrator of the property of the Warmia chapter was the Frombork canon - Nicolaus Copernicus. In 1521, he successfully prepared the Olsztyn castle to defend against the expected attack of the Teutonic Knights.

The next century was a time of prosperity for the city, conveniently located on the busy route Królewiec-Warsaw. Development however was slowed down by war that raged in the 17th and 18th centuries, and the great plague of 1709-1712 that decimated the population of the city. As a result of the First Partition of Poland (1772), Warmia and Olsztyn were incorporated into Prussia.

During the Napoleonic wars, the city was once again destroyed. After 1818, the city buildings went beyond the walls of the Old Town. The second half of the nineteenth century was a time of dynamic development. In 1867, a modern hospital was built, in 1872, Olsztyn was the first railway stop to be included in the route connecting Toruń and Insterburg. In 1890, the first gas streetlamps were lit up. Two years layer the first telephone rang, six years later a modern sewage system was built, and in 1907 Olsztyn was electrified. Trams appeared on the streets of the city. In 1910, the first plane landed in Dajtki.

After the First World War - in 1920 - the Plebiscite decided on the future of the southern part of East Prussia. Olsztyn and Warmia remained in Germany. On January 22, 1945, Olsztyn was occupied by the Red Army. After a few days of stationing, the Red Army set fire to the city and almost half of the buildings, including the Old Town, were destroyed.

After 1945, Olsztyn became the capital of the province. Today, Olsztyn is also an important tourist centre, mainly thanks to its location among lakes and forests, but also thanks to numerous monuments and other tourist attractions. Olsztyn's monuments are located on the European Brick Gothic Route, the Gothic Castles' Route, the Copernicus Trail, the Św. Jacob Trail.

The capital of Warmian-Masurian Voivodeship has county rights since 1999. Its population exceeds 172,362 residents. The city is divided into 23 districts.

In terms of economy, the city relies mostly on the food processing and furniture manufacturing industries, on top of tyre company Michelin, which is the biggest employer in the region. 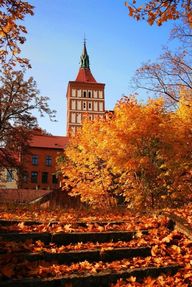 The capital of Warmia and Masuria attracts with unique nature - a dozen lakes within the city limits and the municipal forest, as well as the largest urban park in Europe. Olsztyn's cultural and social life is concentrated in the Old Town.

The Ukiel Recreation and Sports Center is a year-round sports and recreation facility at Lake Krzywe. It consists of a walking promenade, walking and cycling paths along the banks of Grunwaldzka Bay, cafes and restaurants, playgrounds, a complex of observation and mooring piers, platforms and relaxation terraces. 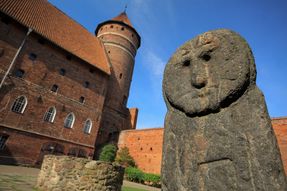 Several attractions are related Nicolaus Copernicus. During his stay in the chamber of the Olsztyn castle, he began to write the conclusions he reached when observing the sky. Castle of the Warmia was his place of residence, now the seat of the Museum of Warmia and Masuria. The facility has, among others a permanent exhibition dedicated to the astronomer and his famous astronomical board. It was used to observe the Sun and determine the equinoxes of spring and autumn. It is a unique piece of history on a global scale - the only device ever made by the great scholar.

Olsztyn Planetarium (Piłsudskiego Avenue 38) was built in tribute to Copernicus and was officially opened on February 19, 1973, on the 500th anniversary of his birth. It is one of the most recognizable sites of Olsztyn and the second largest institution of this type in Poland. In the planetarium you can watch the models of the Copernicus measuring instruments. 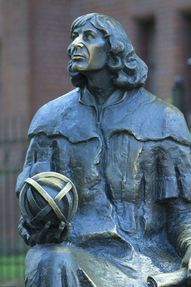 The "Copernicus' Bench" on Zamkowa Str was unveiled in 2003 on the occasion of the 650th anniversary of the city. The sculpture presents the figure of an astronomer looking up and facing the castle. Finally, in the castle park there is a Copernicus monument inaugurated in 1916.  It was the first monument in post-war Olsztyn. Placed on a monogram, the inscription reads: "Defenders of the Olsztyn town against the Teutonic invaders. To the great Pole Nicolaus Copernicus – from his grateful countrymen. "