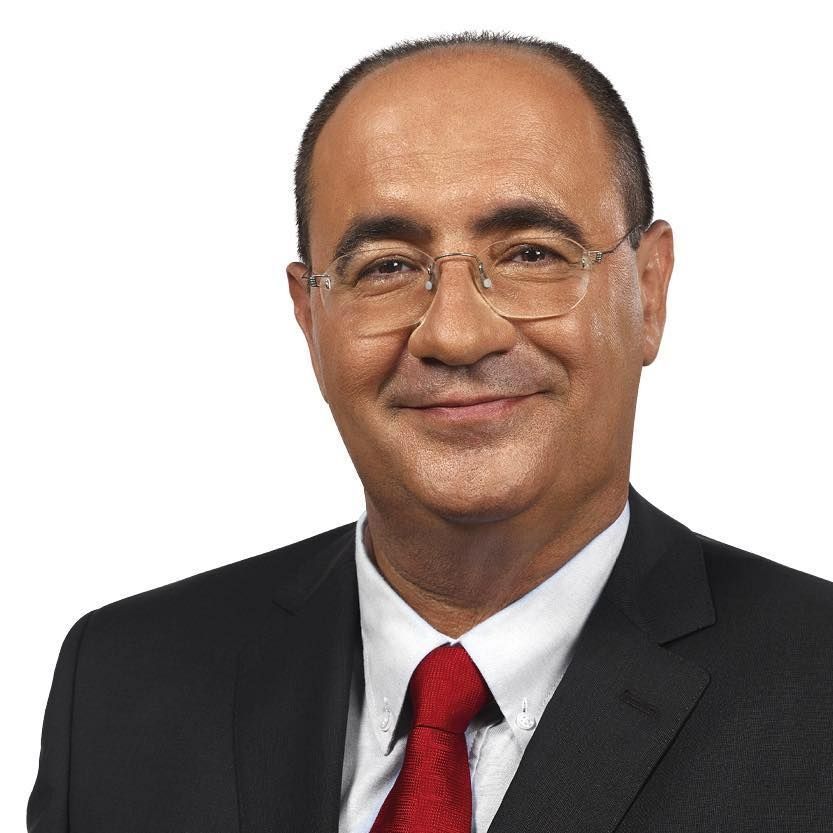 Rogério Conceição Bacalhau Coelho was born in Paderne, Algarve, in 1962, and has come to Faro as a child. He holds a degree in Mathematics from the University of Coimbra and has specialized in the field of School Administration. Mr. Bacalhau has an extensive experience. In fact, he was teaching mathematics to several generations of students at both João de Deus Secondary School and Pinheiro and Rosa Secondary School - which he set up himself, as Chairman of the Board of the Directors. He was also teaching mathematics at the University of Algarve between 1990 and 2000.

His mayoral career has started in 2009, when he assumed the vice-presidency of the Municipality of Faro, with the departments of Education, Human Resources, Finance and Notary. This was crucial for the recovery of an autarchy that was in great financial difficulties and with “wounded” credibility. In 2013, he became mayor and in 2017 Mr. Rogério Bacalhau was re-elected, this time with an absolute majority. He is only the second mayor of Faro to be reelected since the restoration of democracy in Portugal.