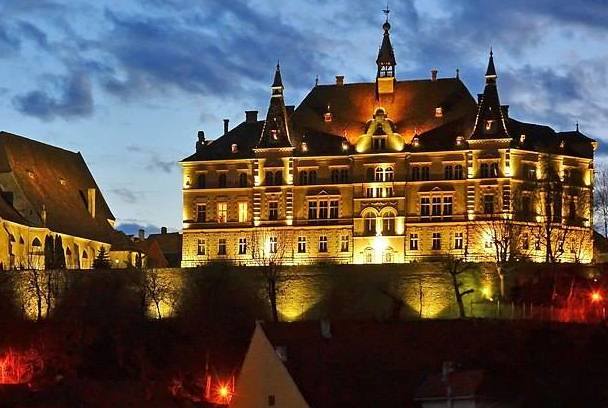 Sighisoara’s main touristic attraction is the Medieval Citadel, with well preserved towers, bastions, churches and houses.  The Clock Tower is the main entrance to the citadel, opposite the Tailor’s Tower. It gained its named due to its clock with figurines, unique in Romania. The Clock Tower constitutes a symbolic image of Sighisoara and unlike other towers, built by different guilds, it belonged to the whole community, being the house of the Council. Nowadays, the Clock Tower is housing the History Museum of Sighisoara Municipality.