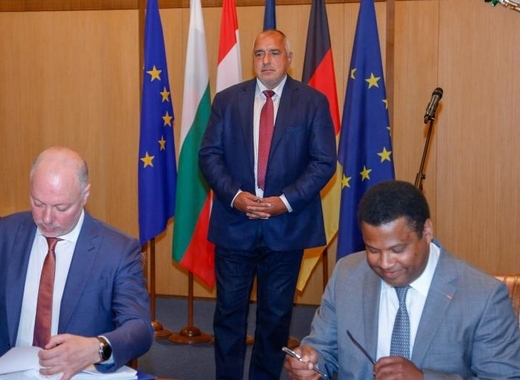 After years of political wrangling, the Bulgarian government has finally signed a concession agreement for Sofia Airport. The venue will be handed over to the “Sof Connect” consortium for a period of 35 years. Throughout the period, the responsible companies will invest a total of 608 million euros in order to improve the services on offer and to make the airport safer, more efficient and more environmentally friendly.

The official signing ceremony was attended by high-ranking government officials, including Minister for Transport Rossen Jeliazkov, who signed the contract, and Prime Minister Boiko Borissov.

According to the contract signed between “Sof Connect” and Bulgarian authorities, the consortium’s investments of 608 million euros over the next 35 years will go towards improving all facets of the airport.

Current plans include the redevelopment and upgrades to both terminals of the venue. Terminal 1 will be entirely renovated, while Terminal 2 will be modernized with state-of-the-art technology. Furthermore, safety measures around the airport will be tightened through improvements to the passport control system and the introduction of more regular security checks.

The signing of such a landmark agreement is especially important as Bulgaria looks towards its economic recovery in the aftermath of the coronavirus pandemic. The concession and the investments that will follow will provide yet another boost to the country’s economy as it seeks to once again find its economic footing.