Núria Marín i Martínez, Mayor of L’Hospitalet de Llobregat on the developments of her city and global challenges 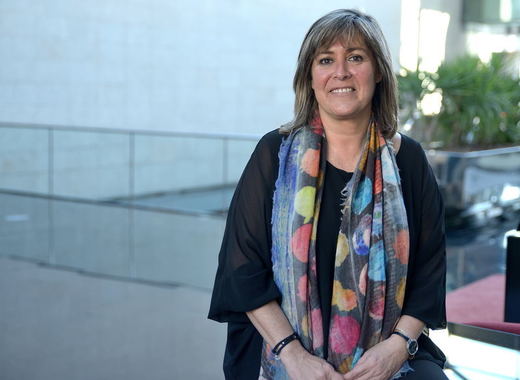 Núria Marín i Martínez was born in L'Hospitalet. She has been mayor of the city since 2008 and has been re-elected for the post in the municipal elections of 2011, 2015 and 2019. President of the Socialist Party of Catalonia (PSC), Núria Marín also has presided over the Diputación de Barcelona since July 2019.

Ms Marin, how would you describe the city of L’Hospitalet de Llobregat?

L'Hospitalet is a modern city in a constant process of transformation. Situated within the Barcelona metropolitan area halfway between Barcelona's El Prat airport and the Catalan capital itself, L'Hospitalet's excellent location has converted the city into a hub of first-class services.

Our city is economically strong, socially active and innovative. L'Hospitalet is the second biggest economic engine in the region of Catalonia. This is thanks to the City Council's commitment to innovation and new emerging sectors, with the aim of tackling the challenges faced by today's society.

You have been mayor of the city for more than a decade. How has L’Hospitalet de Llobregat changed over this period?

The expansion of Fira de Barcelona to the Granvia L'H district has, without a doubt, been the main driving force of the city's huge urban and economic transformation.

Over the last few years, L’Hospitalet has been developing its Economic District around Granvia. In the year 2000, there wasn't even a single hotel in L'Hospitalet. We now have 18 top-class hotels which offer 2,000 rooms. We are one of the top 10 tourist destinations in Catalonia, boasting a hotel infrastructure that meets the demands of business tourism, linked to the activity of La Fira; leisure tourism, owing to the city's proximity to Barcelona; and sports tourism.

In the last 10 years, we've also consolidated the development of the L'H Cultural District, which attracts artists and companies associated with Cultural and Creative Industries (CCI) and laid the foundations for the development of an important biomedical research hub at Hospital de Bellvitge. Furthermore, we continue to welcome new technological companies and start-ups.

What are your biggest goals related to the social and economic development of the city for the current term?

The promotion of economic activity has provided new opportunities to citizens, with the creation of new jobs and new resources for the Local Authority. This has allowed us to provide more and better facilities and services to our residents, improving the quality of life in our different local districts. This is what we call the "L'H model".

Last December the city launched a Climate Emergency Board. Would you tell us what this body's main tasks will be and what specific local actions are to be undertaken in this direction in the near future?

The city has already been striving to improve its air quality for many years through the implementation of a number of different plans, but the creation of the L'Hospitalet Climate Emergency Board is a further step in this direction.

The planet is facing an environmental crisis. As such, it is crucial for us to promote initiatives that help to mitigate the effects of climate change in cities, while striving to meet the seventeen UN Sustainable Development Goals for the year 2030.

In November, I attended the United Cities and Local Governments (UCLG) Congress in Durban, where 2,000 delegates from 80 countries debated the different solutions in the fight against the climate crisis, poverty and social inequalities. As I expressed in my speech there, I am convinced that the battle for the planet's sustainability will be won or lost at local level.

The city strives to become a more friendly place for older people. What stage of development is the Master Plan for older people at and what specific actions are being planned?

Would you say a few words about the Business Race, which promotes healthy living habits and teamwork through running? Why do you find this important and why did the City Council decide to support it?

The Business Race is an interesting event for the city, as it promotes sport and healthy lifestyles. It also attracts people and companies from outside the city, giving them an opportunity to become more familiar with L'Hospitalet. Our city is committed to sport, and we are proud to have high-quality sports facilities that host top level international competitions every year. L'Hospitalet City Council has had a strong commitment to sports tourism for many years, and this will continue into the future.

Finally, are there other local innovation and good governance practises that you would like to share with the other mayors of Europe?

In L'Hospitalet, we are immensely proud of our Municipal Music School and Arts Centre (Escola Municipal de Música – Centre de les Arts (EMMCA)). This school has received multiple international prizes and is a shining example of social integration via the teaching of art and music.

This year, the EMMCA won the 2019 European Public Sector Award for Best Practice. Our music school leads the ONSTAGE – Music Schools for Social Change transfer network of the European programme URBACT, which is made up of six European cities.