The Camino de Santiago route is back on track 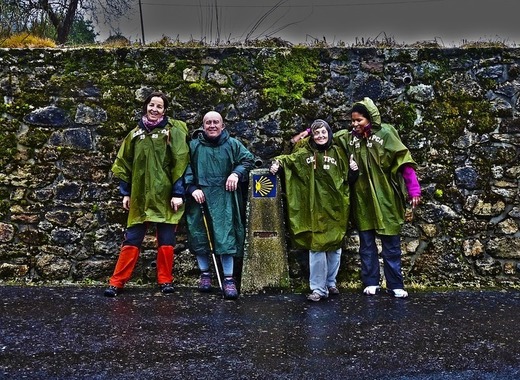 Today the mayor of Logrono Pablo Hermoso de Mendoza, who is also head of the La Asociación de Municipios del Camino de Santiago (AMC Santiago) gave the start to a new campaign titled “Safe Hostels” which commits many of the traditional pilgrims’ inns to the new safety guidelines stipulated in the wake of the COVID-19 crisis.

Following the Camino de Santiago, also known as St. James’ Way, is an ancient practice which can be traced back to the Middle Ages. The route follows a trajectory with staring points in several European countries.

After meandering across the North of Spain ends in Santiago de Compostela where the city cathedral serves as the burying place of Apostle St. James and a final stop for religious pilgrims as well as for energetic hikers. What has always been characteristic for the trail are the accommodation options consisting of a network of non-profit hostels where guests can stay overnight for a low fee or a donation.

This month 137 hostels, certified as “safe” will join the initiative, and these will be joined by at least 30 more in August. In order to be considered “safe” certain measures have been implemented, such as the reduction of beds in the dormitories by a rate between 50 and 70%, as well as upholding new standards of hygiene. Mayor Hermoso de Mendoza affirms that the campaign seeks to promote and extend the measures to the private sector lodgings on the route.

Pilgrims will have some personal responsibility as well by bringing their own sleeping bags, gloves, masks and utensils. People planning to walk the Camino de Santiago will find useful information, such as interactive maps of participating hostels and guideline videos explaining the new procedures on the website of AMC Santiago.