The Mayor of Prague starts volunteering at local hospitals this afternoon 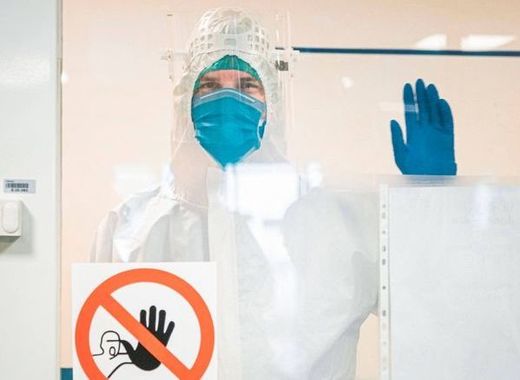 Czechia is currently facing one of the most difficult situations related to Covid-19 in Europe and its healthcare system has long been overburdened. The country even called on medical students to join the collective efforts in order to alleviate part of the toll suffered by front line healthcare professionals.

One of the many who responded to this request is the Mayor of Prague himself, who last week announced that he will be volunteering at the local hospitals. Today, the time has come to put words into action.

Zdeněk Hřib, a graduate from the Medical Faculty in Prague, is now officially a volunteer at University Hospital Vinohrady, a work he performs alongside his governmental duties. He shared a photo on his Facebook account where he is in complete coronavirus-proof attire, ready to join the battle.

He explained that he will be taking afternoon shifts in the department that deals with the care of patients who are suspected of being infected with COVID-19 but are still waiting for the test results.

“I treat my involvement in the operation of the hospital with great respect. Some people criticize me that my role should be different now. Motivating people with their own example to greater involvement in combating covid-19 is, however, a constituent part of the duty of mayor.

I have assessed that the sharply deteriorating situation in the hospitals is currently the biggest challenge for Prague. Although we respond to this problem at the City Hall intensively within our capabilities, I need to draw attention to it even more with this step and at least support the doctors with my personal contribution,” his Facebook post reads.

In addition, he called on everyone who lacks medical education to select one of several ways to help – by giving a hand to the Red Cross, by donating plasma or simply by following the sanitary measures in force.

Hřib also explained that according to the current plan, he will be assisting in the hospital for two weeks, starting today until Tuesday, 10 November, likely every afternoon. He is able to take on this additional workload due to the cancellation of various public events, where he would have otherwise performed ceremonial duties.

His mornings, on the other hand, will be reserved for matters related to his mayoral position, including participation in the City Council meetings or crisis staff meetings. Based on the unfolding of the pandemic after this period, and its impact on the healthcare system, his role will be reassessed.