Europe's far right appears united and ready to wreak havoc - but what happens when we look past the slogans? 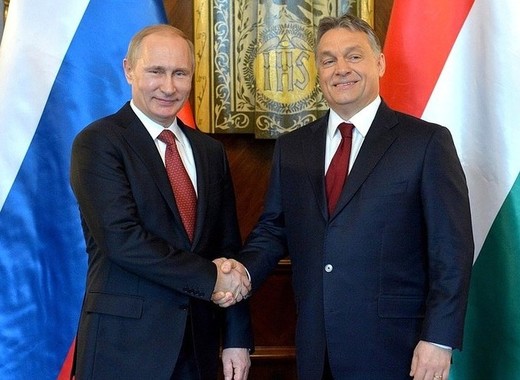 Over the past few years, Europe has seen the resurgence of the far-right on the political battlefield. Rightwing populists have of course always been present in the backdrop of European politics - such as France and Le Pen’s National Rally. Events that have unfolded over the past 20 years however have created a new breed of rightwing populism that is not only attempting but also succeeding in bursting onto the main stage, hoarding the spotlight. Each country boasts its very own specific interpretation of nationalism and conservatism, which is more often than not at odds with the ideologies of similar parties from neighbouring states.

The results of the elections for European Parliament on 26 May have been the cause for much speculation regarding the possibilities of a large Eurosceptic coalition within the EP, consisting of nationalists from across the continent. However, the odds of success of an assortment of nationalist parties attempting to work together on an international level, appear quite slim. By definition, and at their very core, such parties are unable to compromise with their national interests to pursue a common goal.

The stage is set for a spectacle the likes of which Europe has never seen. If they are serious in their attempt to dismantle the international institutions-based world order and kick the ball back to the nation states, nationalists might end up propping precisely those institutions that they have vowed to destroy – as they are their only means of achieving their goals.

All the world’s a stage…

It’s certainly undeniable that nationalists and populists achieved great gains during these last elections. But with the exception of Italy’s Lega Nord, Hungary’s Fidesz and Poland’s Law and Justice, it’s hard to find actual winners who have sustained an upward trajectory over the last few years. Nationalist parties across Europe have made gains since 2014, some have even become represented in their respective national parliaments for the first time – but that story quickly turns sour as their electoral prospects have been suffering a steady decline pretty much everywhere besides the aforementioned trio.

In Estonia, the nationalist, conservative and Eurosceptic EKRE, managed to secure itself a spot in the ruling coalition in April, yet just a single month later it suffered losses in the European elections. In Spain, the tale of Vox is quite similar, seeing as it lost half its support over the course of a month. Sweden, Finland, the Netherlands, Germany, Austria – in every single one of these countries, the nationalists and populists lost support compared to their respective national elections. In France, Le Pen barely managed to come out ahead of an incumbent and deeply unpopular president and still lost 2 seats compared to her result from 2014. Still, by sheer numbers, they remain a force to be reckoned with.

The players in the world of national populists are quite a diverse bunch. While on first glance they might seem united behind slogans such as stopping migration or giving back power to the nation state, the façade quickly dissipates upon closer inspection. We can track a few very broad lines that put Europe’s populists at odds with each other and make future cooperation on important topics a very distant possibility. While they are putting up the act of appearing united, it is perfectly clear that in some regards of policy it will be impossible for them to reach a common position.

From Russia with love

The shadow of Russian aggression looms large above Europe – but nowhere is it as prevalent as in Poland. The further west in Europe you go, the less are countries afraid of the Kremlin’s influence. This is precisely where one of the fundamental differences between populists appears to crack the façade of unity. Countries in Eastern Europe like Poland have made it perfectly clear that the opposition to Russia is non-negotiable.

Meanwhile, in Rome, Paris, Budapest and Vienna, the sentiment is quite different. Not only are the far-right parties’ leaders perfectly happy with taking money from Russian oligarchs and state players, but they are also advocating for closer ties with Putin’s authoritarian regime.

As a result, PiS (Law and Justice), one of the largest Eurosceptics parties, have categorically ruled out working with other nationalist and Eurosceptic groups who are indifferent to Moscow’s actions in Ukraine or are ready to grant the Kremlin a pass on its transgressions. Instead, Poland’s ruling party will remain with the UK’s Tories in their own separate group with separate agenda, leaving but a flimsy promise of eventual and hypothetical cooperation with far-right parties only on very specific issues.

It’s always about the money

If we take a very simplified view of the European Union, we can surmise that everything boils down to money. That’s especially true for certain members of the far right, who are nowhere near united as to how the EU’s finances should be handled.

On the one hand we have the nationalists from severely indebted countries – such as Italy and France, who are not big fans of the EU’s tough budgeting laws. Paris and Rome have accumulated substantial debts over the years and have been smashing the deficit ceilings set out in the EU treaties. Such actions have led to many conflicts between national government and EU institutions but have never really amounted to any significant shifts in policy. Both the League and the National Rally had been promising to take their countries out of the Eurozone, stating that it will cure their ailing economies, as it’s simply a tool of Germany to keep them down. While that promise disappeared a couple of years ago, the constant Brussels and Berlin bashing and blaming remains.

On the other hand, we have the German AFD, who are on the polar opposite end of the spectrum regarding budgeting. Their raison d'être was the Eurozone crisis and the fact that German taxpayers will have to be paying off other countries’ debts. Their take on the euro was that it’s a tool used by others to force Germany into the role of caretaker for sick economies. Their demand for Germany to leave the Euro also disappeared as it was met with resounding indifference by the electorate, but the fact remains – the AFD believes that indebted countries are making German taxpayers poorer.

On the topic of migration…

Migration might seem like the topic where far-right populists converge – they all want to stop migrants from coming into Europe. However, when the question regarding what to do with those that do arrive and those already here is asked, the difference in opinion is staggering. Nationalists from border countries, especially Italy, demand more solidarity from EU countries – for migrants to be spread out between states, for financial assistance and for help protecting the borders.

Yet Viktor Orban, Salvini’s best friend, as well as many central-European nationalists are appalled at the idea for migrants being let into their countries. Closing your borders and letting others take care of the issue is such a simple and elegant solution – why can’t everybody do it? Well everybody did, and the mess was left entirely to the Italians and Greeks to handle – which obviously went pretty well. The unified front against migration, as presented by the (multiple) nationalist internationals quickly falls apart if it ventures beyond mere slogans.

The illusion of unity of all the far-right nationalist parties is a convincing one. On paper they all want the same things – a different Europe (formerly its dismantlement), stopping migration, giving power back to the nation states. Yet each and every single one of these parties has a radically different idea of how things should go – and beyond the headline, they are rarely on the same page. Each nationalist’s perfect vision of the future relies on everybody else to comply and forget their own – how can a group which is in a state of permanent conflict with itself even function?

While nationalists will have a strong presence in this new iteration of the European Parliament, it’s more than naïve for us to expect that they will manage to form coherent policies and shape the world to their vision. The extent of their cooperation will limit itself to slogans, attention-seeking and attempts at hindering the European institutions. All acts of true statesmanship.