The Netherlands contemplates its future as Europe's digital frontrunner

Dates were announced for the next Netherlands Digital Conference 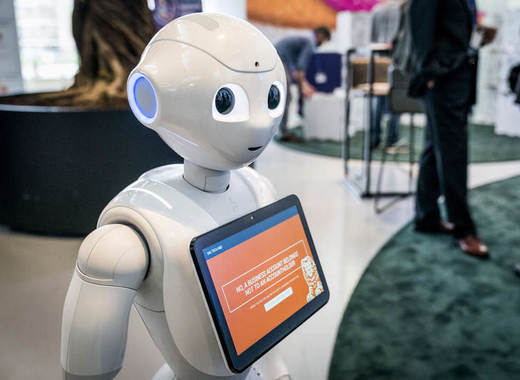 The dates of the second edition of Conference Nederland Digitaal (Netherlands Digital Conference) were announced last week. The highly anticipated event will take place 8 and 9 February 2021 in Groningen online and will gather stakeholders from all corners of the country to work on the objectives of the updated Digital Strategy.

Rethinking the role of digitalization

The second edition of the conference was supposed to take place in March this year, but as this coincided with the outbreak of the coronavirus pandemic, it was postponed. In the months that followed, the importance of digitization has become even more evident which gave the impetus to rethink the objectives of the Netherlands in the field of digitalization and the ways to achieve them.

For two days in February 2021, the national government, entrepreneurs, researchers, civil society organizations, regional and local authorities will work together on the objectives set in the Dutch Digitisation Strategy and in particular - to retain the status of the Netherlands amongst Europe's digital frontrunners. The social and economic opportunities of digitization with respect to public values and security will thus take centre stage during the second edition of the Conference Nederland Digitaal.

The exact programme schedule and the organisational details are yet to be confirmed, but in all cases, the event will take place online. If the health situation permits it there will also be physical meetings in Groningen. The event is organised by the Ministry of Economic Affairs and Climate Policy, the Ministry of the Interior and Kingdom Relations and Noorden Digital.

The digital frontrunner of Europe

The Dutch Digitisation Strategy 2018-2021 was presented in June 2018. With this document, the government wants to maintain the position of the Netherlands as a digital leader in Europe. Its starting point: companies, consumers and governments must respond faster and more innovatively to the rapid pace at which society and the economy are digitizing.

The Strategy was later updated to reflect the new realities and take into account the progress made so far. In June’s revision, the government announced additional funding for artificial intelligence (AI) and provided an overview of other investments in technologies, digitization of the business community and government, the digital skills of the citizens and cybersecurity.