Tramway extensions in the works in Zagreb 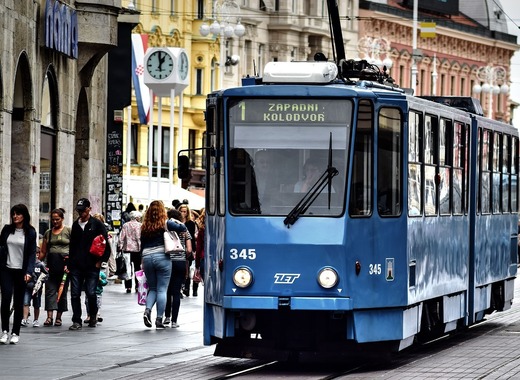 The Zagreb City Council recently announced that it has chosen the winners for the Zagreb Airport tram project that has been in the works since 2016. The offers presented by Geoprojekt and Elektroprojekt were judged by local authorities as the ones containing the most favourable conditions for the long-anticipated tramway extensions in the Croatian capital.

The mayor of Zagreb Milan Bandic has been a passionate advocate for the project over the years. It seems that now his vision for urban mobility will finally come to pass – although it will be at an increased cost compared to previous estimates. The price tag for the projects submitted by the aforementioned companies comes at 683 thousand kuna.

The general urban plan for the connectivity in the Croatian capital specifically envisions the creation of a link between Kvaternikov trg (Kvaternik’s Square) and Velika Kosnica. Its tracks will span a total length of 17 kilometres – 8.5 kilometres in both directions.

Along the new tracks, the municipality will establish 12 brand new stops – but will not create new lines to service them. Rather, it will redirect already existing trams and will develop new routes and schedules to accommodate the newly-expanded tramway service.

Initially, the development of the tracks that would one day connect the city proper with the airport, began way back in 2016. Back then, local authorities, mayor Milan Bandic included, believed that work would be complete by 2019 – that, however, obviously has not come to pass.

Currently, there is no clear timetable for the completion of the mobility project. Since the contract between the municipality and the two companies that will be responsible for the building efforts has only just been concluded, one can not be certain when actual work will finally begin.