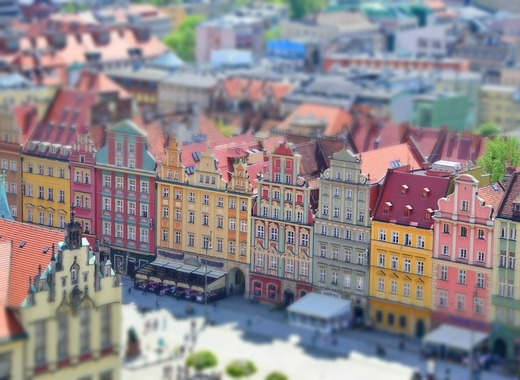 In October, Wroclaw will be testing a project aimed to improve child safety in the school vicinity - the municipality reported this news last week. Although it is a first in Poland, the “school street” has proven instrumental in several European cities, among which the pioneer Vienna.

The Sustainable Mobility Office of Wroclaw City will be implementing the “School Street” test with the main goal being to improve child safety on the way to school. Two local establishments will participate:  Primary School no. 34 at Gałczyńskiego street and Complex of Schools no. 9 at Krajewskiego street.

In order to make the selected schools safer for children, a part of the street adjacent to the building will be made car-free. This way, children could freely go through the final section on foot, by bike or scooter, without fearing motorized vehicles.

The car-free zones will be marked with signs and barriers indicating the exclusivity of the street for pedestrian traffic, bicycles or scooters. With the first school bell, the barriers will be lifted, and car traffic will resume as usual. There will be a city guard in charge of supervising the modified traffic organization.

The idea behind this initiative is not only, to provide for a secure start of the school day, but also to make it a more pleasant and social one. Limiting car traffic around schools at peak times is expected to create a sort of an extension of the schoolyard – a space for meetings and conversations where children feel safe.

The prototype of the school street is the Schulstraße in Vienna and there have been many other European cities in Europe to follow suit. As we reported earlier this month, Prague has been among the latest cities to test this solution, although for a test period from 7 to 25 September.

Following analysis, it is expected to indicate if it makes sense to extend the school street for the rest of the school year. Wroclaw, too, will be carrying out anonymous surveys at the start and at the end of the pilot to determine the utility of the measure.