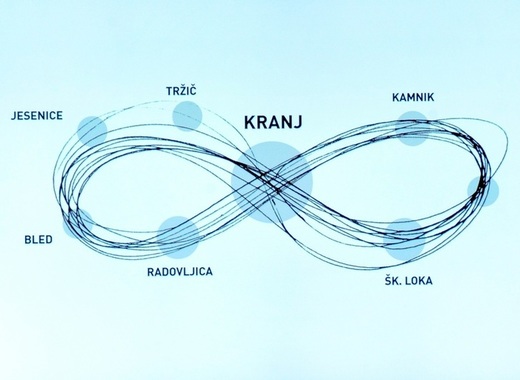 The city of Kranj held the first in a series of specialized forums dedicated to its candidacy for European Capital of Culture 2025. The forum was attended by local representatives of public institutions, educational institutions, NGOs and different kinds of cultural workers. During the forum, they were acquainted with the goals and objectives of the steering group working on the city’s candidacy. They were introduced to the different projects that aim to promote the region of Gorenjska’s cultural heritage, the way these projects will be carried out and the working plans of different local and national institutions. The steering group also presented the project for cultural sponsorship for students in primary school and the joint communication campaign titled “The Infinite Summer of 2019”. The aim of this campaign is to further promote the activities of all participants in Kranj’s bid for European Capital of Culture during the months between June and September.

The moto of Kranj for the campaign is “Infinity of time and finality of space”. The campaign aims to present one of the most beautiful parts of Slovenia to the world and showcase its great mix of cultural, industrial and natural heritage with modern urban, artistic and creative expressions.