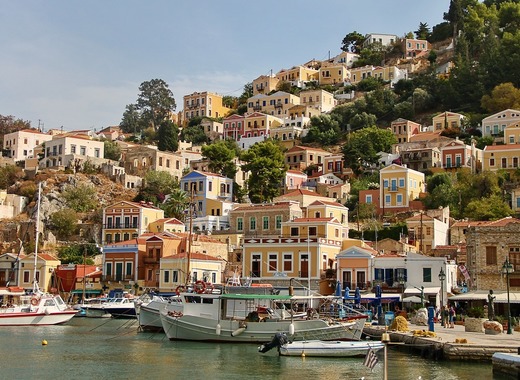 The Greek government, headed by Prime Minister Mitsotakis, signed an agreement with the European Investment Bank (EIB) for the provision of 500 million euros aimed to support small and medium-sized businesses across the country.

The investment programme was officially launched in March by the Prime Minister and the president of the EIB Andrew McDowell in Athens.

Small and medium-sized enterprises are the backbone of every country’s economy. Following the 2008 financial crisis, however, Greek SMEs have been struggling to keep their balance and rise from the ashes.

The investment scheme sponsored by the EIB is aimed at precisely that problem. By providing funding, the EU bank wants to ensure that businesses will be able to thrive and enhance their competitiveness, thus fostering a stronger and greater atmosphere of entrepreneurship in the country. The scheme is meant to address the financial gap that has so far been stopping many companies from hiring new personnel and thus generating more revenue.

“Improving access to finance is crucial to enable Greek companies to innovate and grow. The European Investment Bank Group's close cooperation with Greek banks has backed key business investment over recent years and helped to create thousands of jobs. I welcome the new EUR 500 million European Investment Fund scheme launched today that will help companies to accelerate investment in the coming months. This will also help to strengthen resilience to new challenges linked to the coronavirus,” stated Greek PM Kyriakos Mitsotakis, as quoted in the EIB press release.

The European Investment Bank has been a solid partner to Greek governments throughout the years. For example, over the past 4 years, it has provided over 4.7 billion euros in different funding initiatives that have allowed many sectors to remain and become competitive.