Stella Artois brewery shares its roof with the residents of Leuven

What is more, they can contribute to its sustainable transformation while also earning some money 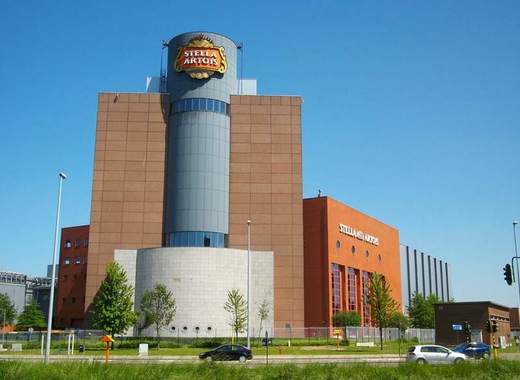 Very soon, there will be one more reason to love the Belgian beer Stella Artois. As announced last week, its brewery will be getting more sustainable as it will soon be powered on renewable energy only. What is more, the residents of Leuven can contribute to this important environmental transition.

Advancing with the energy 2030 targets

2,117 solar panels are in the process of being installed by Luminus on the roof of AB Inbev's Stella Artois brewery in Leuven. They will cover an area of ​​3,800 m2 and will produce 576,000 kWh of green energy annually.

This quantity is estimated to be enough for the production of 8 million 25cl beer bottles per year or to meet the energy needs of around 150 families. In addition, the project is expected to save at least 139 tonnes of CO2 per year, estimate from Luminus.

The last upshot is particularly important to the City of Leuven, as the capital of Flemish Brabant Province needs to increase its solar energy generation ten times by 2030, if they want to achieve their climate ambitions.

A profitable investment in green energy

The collaboration between Stella Artois (a brand owned by AB InBev) and Luminus brings even more reasons for joy, however. The residents of Leuven can participate in the solar-power project by investing at least EUR 250 in the installation of solar panels.

What is more, by participating in Power2Green, they can enjoy an average gross return of 3% over 5 years. This can be done through the crowdfunding platform Mozzeno.

“We are proud to announce the collaboration with Luminus. We are thus taking the next step in our sustainability objective of moving to 100 percent renewable energy by 2025. The fact that we can also involve the inhabitants of Leuven, Home of Beer, in this sustainable project makes it extra nice for us”, explained Alexander Soenen, Brewery Manager at Stella Artois quoted by Leuven2030.