If you want to go off the beaten track in the common seaside resorts, visit one of the oldest cities in Western Europe and experience Spanish summer like a local 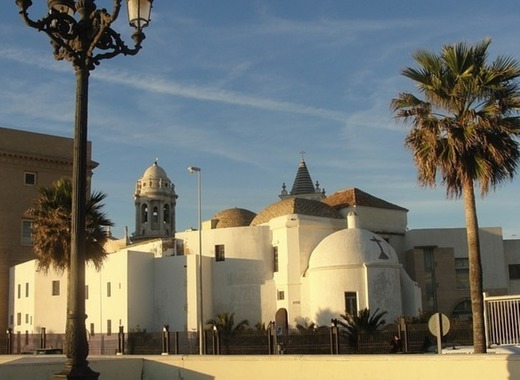 Located in Southwestern Spain in the community of Andalusia, Cádiz is an important port and is believed to be among the oldest cities in Western Europe, which have been continuously inhabited. Surrounded by sea, with 3-millenium-long history and important crossroads between Europe and Africa, the city is nowadays an important, but less popular tourist destination, especially for those willing to experience Andalusia like locals and discover more about the immense cultural heritage of the region. Also, the charming narrow streets of the Old town make it one of the most densely populated areas in the Old continent.

Interesting to mention is that the area around the Gulf of Cadiz and the Strait of Gibraltar gives the origin to more than one legend in Greco-Roman mythology, including those related to the adventures of the Greek hero Heracles, whom the Romans later called Hercules, and whose remains lie under the Phoenician Melkart Temple which stood on the islet of Sancti Petri.

Furthermore, thanks to the 'Colombian Feat', the Bay of Cadiz benefited from riches from the New World, which contributed to the economic and cultural prosperity, a tendency reflected in the construction of important religious and civil monuments. It is worth mentioning that the province of Cadiz has strong mark from the Passage to the Indies (Carrera de Indias) which ultimately led to the discovery of America.

When in Cadiz, do not fail to find with the local Tourism Office more about archaeology workshops for kids; the Phoenician site of Gadir, which reveals streets and settlements from the ninth century B.C., as well as some human remains of Phoenicians from the sixth century B.C. through two anthropomorphic sarcophagi. Ask about the cultural routes based on mythology, prehistoric times, Roman times, American discovery, film-making and so much more.

The best part is that the city is well within reach from the largest and bursting cities of Spain. Connected by bus with the north of Spain - Galicia and the Basque Country - as well as the Communities of Extremadura, Castilla y León, Castilla La Mancha, Community of Madrid or el Levante Español, it also benefits from frequent service to Sevilla, Costa del Sol and east Andalusia.

Additionally, the city is easily accessible from Madrid - with an average 12 daily services to Cádiz, San Fernando, Puerto de Santa María and Jerez or via high speed train from Sevilla. Jerez airport, on the other hand, offers both domestic flights during the entire year and few connections with capital cities in Europe. Furthermore, the Algeciras heliport connects Campo de Gibraltar with the autonomous city of Ceuta. Finally, the main ports of the province of Cádiz offer connections to the Canary Islands and North Africa.