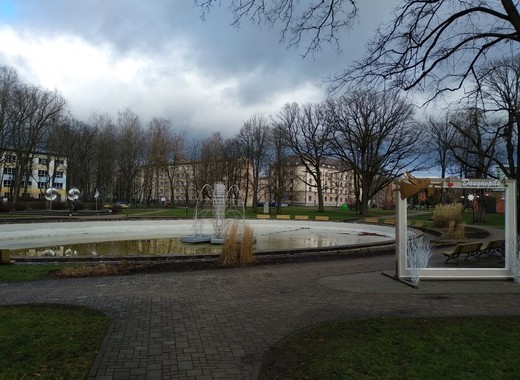 The Latvian city of Daugavpils is a centre of music in the country. Not only does it boast a Music High School, but it is also the birthplace of hundreds of musicians and artists. So deep is its connection with music that authorities have named the entire month of August as a month dedicated to the craft.

Now, the City Council wants to take things one step further, with the creation of a musical square within the city proper – out in nature, in the environment, so that everyone can enjoy it.

The City Council has already established a working group that aims to bring about the completion of this project. Funding has already been allocated from the local budget and the members of the group are currently working on securing the necessary paperwork and documentation needed to begin construction. They are also looking into the different kinds of instruments that will be placed on the square and their technical specifications.

Local authorities are also eager to point out that the location of the city’s new musical square was not randomly selected. Rather it was specifically chosen to be located near Lake Esplanade for two main reasons – on the one hand, the area has recently been renovated and is extremely popular with citizens thanks to the creation of a skatepark and cycling lanes.

Meanwhile, on the other hand, its location is perfect because it will be situated near the city’s Music High School which is also currently undergoing reconstruction. Once the two projects are finally completed, they will represent a brand-new vision of the city, complementing each other and truly enshrining Daugavpils’s stature as a musical city.