A curfew in nine territories will follow tomorrow evening 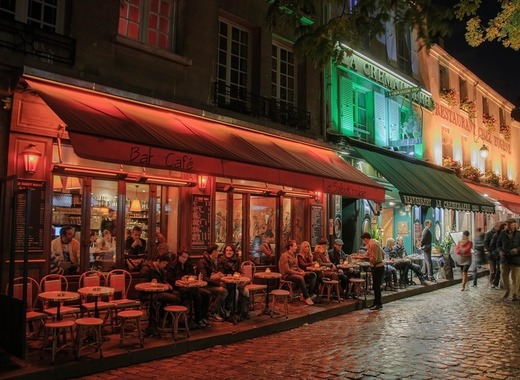 European countries are faced with a second, more severe wave of the coronavirus and France is no exception. Facing the deteriorating health situation, Prime Minister Jean Castex confirmed the state of health emergency starting at midnight and a curfew in Ile de France (also known as Paris Region) and for eight metropolises.

At a press conference held on Thursday, he gave more details on what President Macron had already announced in a TV interview on the previous evening.

The state of health emergency in France officially starts at midnight on 17 October. Accordingly, the curfew of Ile de France, Grenoble, Lille, Lyon, Aix Marseille, Saint-Etienne, Rouen, Montpellier and Toulouse begins at 21h on the same day and will last until 6 in the morning. This will happen every night in the Paris region and the other eight large cities for four weeks.

As explained by Jean Castex, some measures will therefore apply to the entire French territory, such as:

Additional curfews applie to the above-mentioned metropolises, as the incidence of infections exceeds the 250 per 100,000 inhabitants there. Also, the number of elderly people who get infected is also above 100 for every 100,000 inhabitants and the intensive care units are full at more than 30%.

Accordingly, for the cities with a curfew in place, it will be prohibited to go out between 21:00 and 6:00 if there is no official  reason connected with one’s health, job, caring of someone in a situation of dependency, transportation or the need to take out a pet.

Respectively, all commercial establishments open to the public shall also close at this time. The fine could go from 135 euros for single-time offenders and to the impressive 3750 euros for recidivists.

Apart from this, there are different rules that are applicable for each part of the country, where the health situation ranges from green to urgent. An interactive map (in French) describing the situation in each Prefecture is available on the website of the Ministry of the Interior.