Mattia Cigalini: Now, more than ever, closeness as a spirit of solidarity and unity is important for our local communities 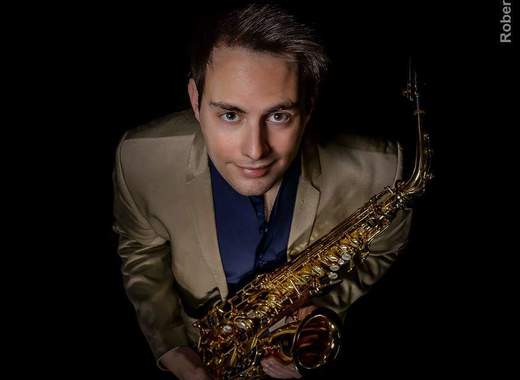 Mattia Cigalini was born on 9 June 1989 in Agazzano. After he graduated in classical saxophone at the "Giuseppe Nicolini" Conservatory of Music in Piacenza, he began performing in concert since the age of 12. In 2008 he obtained his first awards (including the Luciano Zorzella National Award for "Best New Talent").

Cigalini is one of the most successful Italian saxophonists on the contemporary jazz scene. Since 2013 he has been the Artistic Director of "Val Luretta Jazz Festival", which takes place in Agazzano.

In 2016 Cigalini was elected mayor of Agazzano. In 2017, he founded the company Cigalini Music. Since 2019 he has been teaching at the "Giuseppe Nicolini" Conservatory of Piacenza.

Agazzano is located in the Province of Piacenza in the region Emilia-Romagna in Italy. Photo by Agazzano Municipality

Mayor Cigalini, you have traveled the world thanks to your music, but in 2016 you decided to become mayor of the town where you were born. Why did you make this decision?

It was an unexpected circumstance. I deeply love my territory, where my family has lived for generations. The more my business trips took me further, the more I felt I belonged to this place, characterized by genuine simplicity.

At the age of 25, I became the father of my first daughter, and at that moment I matured to the decision to allow her to grow in an environment that, like Val Luretta, could offer her the same precious values ​​worthy of appreciation: I remain more and more convinced that these places, which I warmly invite everyone to visit, are the ideal place for a family like ours.

In view of the upcoming elections in 2016, a group of people whom I value a lot, with very long experience in the administration of our municipal authority, contacted me asking if I was available to run for the post.

In fact, I did not come from any political experience, and I had no connections to any party (that still remains unchanged). However, in my own small way, I felt somewhat indebted to a territory that in its own way had so much to offer me: from the beauties mentioned above, to the love of music (met thanks to the traditional village band).

Without a doubt, you are an excellent example for young people. How do you want to change the life of your fellow citizens? What do you think the municipality misses?

Thank you for the affirmation, which I don't feel I deserve, however. Within the administrative experience, I immediately saw the possibility of realizing a series of cultural initiatives, which could enhance our territorial brand and allow the territory to establish itself according to its natural vocation.

In fact, our valley does not host industrial sites of particular importance, but reveals an enormous potential from a tourist, naturalistic and landscape point of view. These aspects assume further relevance if assessed from a logistical point of view, given the strategic proximity to Milan and other important Lombard urban centers, as well as the characteristic of appearing contextually at the borders of Emilia, Lombardia, Piedmont and Liguria regions.

I imagine Agazzano as a sort of small cultural and landscape "wellness campus", within which to have a complete but at the same time discreet and non-inflated tourist offer. I certainly believe that aligning with the "pro-Lombard" axis up to visionary Milan, rather than stubbornly pursuing the Emilia connection (Piacenza-Parma-Reggio Emilia) would greatly benefit this planning in the medium-long term, in the context of territorial policies.

Numerous territorial initiatives implemented during our mandate aim precisely to progress in this direction, starting with the recovery of the former building for the storage of explosive material of Cantone, acquired free of charge and the protagonist of a call already judged by our administration, which will become a large wildlife-natural park. Unfortunately, it is useless to hide it, the enormous restrictions imposed by the economic status of our institution, require the maximum synthesis by privileging non-repayable disbursements.

Unfortunately, various important developments from the point of view of bureaucratic timing were expected to wrap up precisely during the current emergency period. The announcement referable to the municipal building is certainly the most complex.

It is a building bound by the Superintendency, it provides that every technical and operational detail is shared both with the Region (Providing body) and with the Superintendency, often relegating the role of the numerous technicians engaged in the design to an exhausting mediation between the parties, with consequent time dilation. The project has in fact been correctly filed over time, and we are awaiting (after the emergency is over) to receive any technical comments before proceeding with the tender.

Regarding the calls for a primary school (both with non-repayments), the anti-seismic consolidation interventions were carried out in full, while the windows and doors will be replaced in the coming weeks.

Finally, for the recovery of the building for the storage of explosive material, in the light of the Covid-19 emergency, the Region has extended the presentation time of the final project (already financed) by 6 months (year-end). A positive, highly anticipated legal epilogue acts as consolation, which will entail the accreditation of 80 thousand euros, which will be promptly invested in permanent asphalting works.

How does the municipality finance its projects?

We are an administration that is extremely attentive to current public spending. In this regard, we immediately reconsidered all the municipal holdings with consortia and entities that no longer produced tangible benefits proportionate to the economic commitment historically maintained over the years, thus freeing up some useful resources to maintain an adequate and efficient profile of services.

When it comes to the most important new public works, they are to be considered feasible exclusively through calls for tenders and funding entirely lost (increasingly rare).

Alternatively, exactly as it happened in relation to the asphalting intervention mentioned above, some investment opportunities may lurk in the possibility of reaching public-private agreements or other forms of improvement agreements, also in the context of tenders and assignments of various nature.

How has the Municipality been faring in the ongoing Covid-19 emergency?

Our province has been hit hard by the worldwide pandemic. Immediately, the other mayors from Piacenza and I were put in a situation where we had to make important decisions in a short time.

The first urgent interventions, in addition to the bureaucratic obligations related to the ordinances (to be issued, but contextually implemented and possibly adapted to our territory), were aimed at the supply of protective masks, which I immediately thought of giving to the population.

In the early stages of the emergency, it was really challenging to mobilize for the purchase, and for this I tried all possible sources (both Italian and foreign), fortunately reaching the goal rather quickly. I delivered the very first units of masks personally, then availing myself of the invaluable help of a team of commendable volunteer citizens.

In the meantime, I wanted to pay close attention to communication, making my personal cell phone available 24h for any needs, communicating any relevant development daily through Facebook and WhatsApp. In this phase we are working on collecting ideas regarding the "restart", with particular reference to the economic aspect.

We have already suspended payments for all services, also supporting investments for new replacement services in the school and social fields, and we plan to provide economic aid to entrepreneurs and citizens who have suffered economically from a still complicated and delicate scenario.

I want to thank all my collaborators, and the "family" made up of my college's advisors, because they are sharing with me the management of an unprecedented worldwide emergency, which none of us would have thought of facing in this role, with an enormous sense of responsibility and duty.

In recent years, the town has changed a lot also on a cultural level. What is your assessment?

With a view to drawing inspiration from the aforementioned objectives, we have tried to express the territorial potential in all possible directions. Agazzano has an important past behind it from the point of view of the demonstrations, which have brought its fame far beyond the provincial borders.

Moreover, our history has seen a succession of exemplary musical initiatives: from the Plectrum Orchestra "L.Cremona", to the Schola Cantorum "Prof. Guglielmetti ”, up to the“ C. Vignola "(through which I became a musician); all these associations are active today, giving great pride to our community on time. 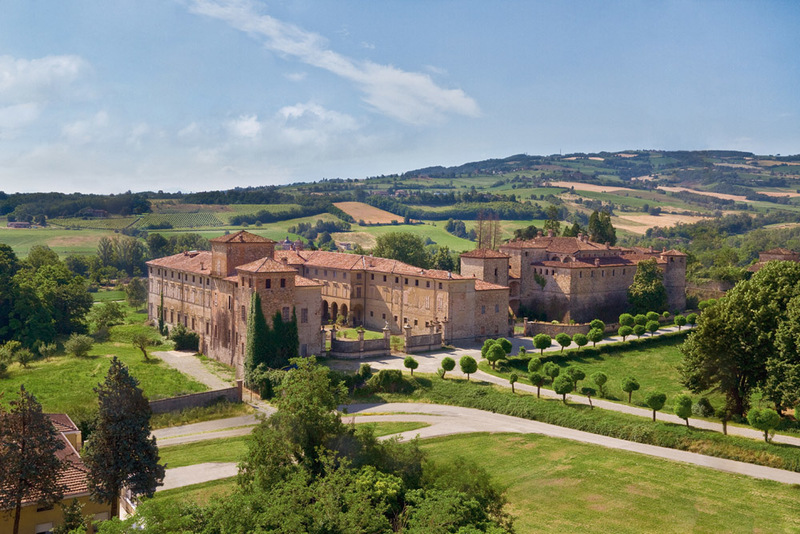 A must-visit is the Castle of Agazzano. Photo by Agazzano Municipality

Today, while looking at different organizational scenarios (economic scarcity and bureaucratic complications), we believe it is essential to set ambitious objectives in the field of culture and entertainment. From this point of view, we have organized concerts that are important for a small community of 2,000 inhabitants, such as those of Fausto Leali or DJ Giorgio Prezioso, together with collaborations of the highest musical and artistic profile such as the festival organized through the "G.Nicolini" Conservatory of Piacenza.

All this would not be possible without the contribution of virtuous entities in terms of sensitivity to their territory, which every year openly support Agazzano and its initiatives: from this point of view, I would like to mention (above all) and thank Banca di Piacenza - in the person of the President Avv. Corrado Sforza Fogliani - for its continuous support.

It is impossible to predict how deeply the fate of cultural initiatives will be marked in the near future, in light of the Covid-19 emergency.

How could TheMayor.EU be useful to you and to the citizens of Agazzano?

Personally, I think it would be an excellent initiative, which I would be happy to adopt for the Municipality of Agazzano. Information conceived and shared through a unitary perspective would be the ideal substrate for the construction of new forms of collaboration between the territories.

Learning how similar territories within the community have faced certain common problems would be important for us administrators, in order to be able to implement new strategies and synergies, sometimes difficult to imagine, limiting oneself to one's own national parameters.

A single community platform could really make us more European and draw us closer together. In these weeks, more than ever, we have all been able, in our respective roles, to reflect on how important closeness as a spirit of solidarity and unity is important for our local communities.

To find out more about Agazzano, visit the profile of the municipality.