Partners are the Greek municipalities of Chania and Lesbos 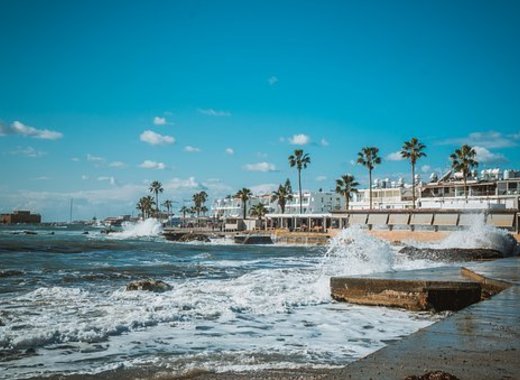 The Cypiot Municipality of Paphos is implementing a project “Development of smart city applications in the municipalities of Cyprus, Crete and the North Aegean”. The project will see the lives of Paphos residents transformed by the use of data and technology, aiming to transform the town into a smart and digital city.

Paphos Mayor, Phedonas Phedonos, gave an extensive briefing on the actions of the municipality, which are being implemented through tenders and strategic partnerships which are developing the vision for the implementation of the project.The Mayor informed also that under the programme, the integrated operational plan for the conversion of Paphos into a “smart city” has already been created, and the development of a pioneering application with augmented reality for the promotion of culture, tourism and entrepreneurship, as well as a study on city branding is in progress. The tender will be launched soon for the supply and installation of Wi-Fi hotspots and touchpads.

The project is being implemented under the Interreg V-A Greece-Cyprus 2014-2020 co-operation programme and is co-funded by the European Regional Development Fund and financed by both Greece and Cyprus. Paphos Municipality is taking the lead, while the partners are the twinned with Paphos and are the municipalities of Chania and Lesbos. The project has a duration of 2 years and a total budget of 643,000 euros.