Bistrita is known as a town of passageways because the street network in the old town still retains 22 narrow streets overlooked by medieval arcades and vaults.

Bistrita is the capital city of Bistrita-Nasaud Country, in northern Transylvania, Romania. It is situated on the Bistrita River. The city has a population of approximately 70,000 inhabitants, and it administers six villages: Ghinda, Sarata, Sigmir, Slatinița, Unirea and Viisoara. 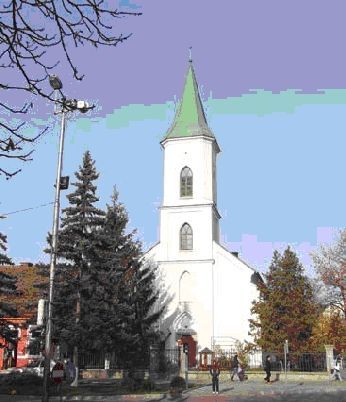 The main attraction of Bistrita's central square is the Lutheran church, which was built originally by the Transylvanian Saxons in the 14th century, in Gothic style. Between 1559–1563 it was altered by Petrus Italus and given Renaissance features. It was significantly renovated after the 2008 fire which damaged the whole tower.