Perpignan is a fully developing city anchored in the 21st century

Conversation with Jean-Marc Pujol, Mayor of Perpignan for 10 years and President of the Perpignan Mediterranean agglomeration community - 1st part 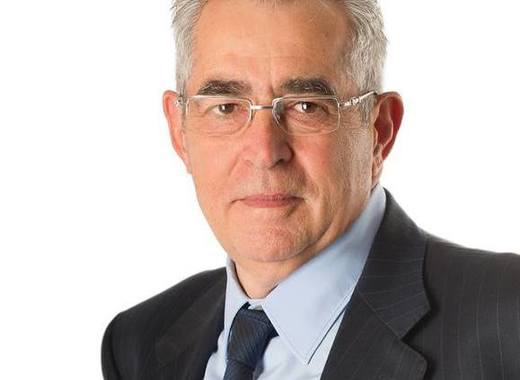 Mr. Pujol, you have been a member of the Municipal Council for 30 years and mayor for 10 years. How has Perpignan changed during this period?

Since 2014, we have continued the work undertaken several years ago, with the aim of improving the living conditions of everyone, with a focus on consultation and understanding. From neighbourhood councils to public meetings, not to mention citizen cafés, all the projects serving the growth in Perpignan have been the subject of a consultation, bringing greater transparency to municipal action, but also promoting participatory democracy.

Faithful to our commitments, today we are able to take stock of all that has been accomplished, which is why the people of Perpignan have decided to trust us, despite a very constrained financial environment  due to to the reduction of state subsidies and the surprises of everyday life.

In 2014, we made a commitment to build a university extension in the heart of the city: in a few weeks, more than 500 students will come to the Mailly campus, in the Saint-Jacques district. This new dynamics will have not only economic, but also societal repercussions. It is a large-scale project for which many parameters had to be taken into account to meet the legitimate needs of students, teachers and staff of the University.

We have done our best to respond, point by point, to their concerns and their demands, as well as those of traders and residents, because it is ultimately a whole district that will be revived and will benefit from this facility. Another flagship project carried out downtown is the reopening of the new Hyacinthe Rigaud Museum of Art .

"The Catalan heritage is the soul of our city"

In Perpignan, we are fortunate to have a rich heritage - monumental and religious. So, we must preserve it to pass it on to future generations. That is why in recent years we have undertaken  the renovation of churches (St. James, St. Matthew, Notre Dame de la Réal) and heritage sites (the former Bishopric, the outskirts of Campo Santo, Casa Xanxo, St. Clare Convent, etc.).

This Catalan heritage is the foundation of our actions because it is the soul of our city, the identity of its inhabitants. And the people of Perpignan are at the centre of our concerns! We are committed to continuing the development of this city with the constant goal of improving comfort and living environment and ensuring the well-being of everyone.

And this requires investments in urban development, including the requalification of many major highways (boulevard Briand, Avenue Joffre or Torcatis, etc.), but also pavements and sidewalks, or by the creation of bicycle lanes and the increase of parking space (more than 7000 places in the city centre).

All these achievements are part of our "well-being" approach for which we work on a daily basis and at different levels: in terms of cleanliness, with a budget of € 8,000,000 each year, we optimize our resources, particularly by offering a tailor-made service; in terms of the environment, with major ongoing projects such as the redevelopment of the banks of the Têt, Bir-Hakeim square, but also, with gardens and green spaces neighbourhoods, in which we intervene in order to beautify... These are all actions that have earned Perpignan several awards for its living environment (Ecojardin label, Perpignan 4 Flowers and Golden Flower in 2015, Energy city label)

And what a living environment! It is true that when we walk in Perpignan, it is so nice to cross its authentic little streets, its Mediterranean squares... And so that the charm of our city endures, we have set up "municipal action facade", that is to say a technical and financial support to help homeowners and landlords in the renovation of their heritage.

The charm of our city attracts more and more visitors every year. Today Perpignan is more than ever "a destination city". With sites open all year round, but also a "Perpignan in scenes" program that intensifies with the seasons, it is one of the must-see destinations in the South of France.

Moreover, its influence transcends borders on several levels. On the sports side, the city has quality infrastructure that allows it to host major competitions, like the skate park, our latest addition to the renovated Sports Park. By 2020 there will be a multisport complex that will come to settle in the sector of upper Vernet.

All these structures also accommodate the Peruvian associations as well as Perpignan students. Because this year  we counted more than 10,200 schoolchildren in the 61 schools of the city.

Education is a priority! Promotion of academic success, diversity of learning styles; enabling the widening of the cultural and educational horizons, but also creating a better articulation between the different periods of life of the child: these are the general objectives of the municipal action.

That's why we wanted to return to the 4 days week, in order to offer optimal conditions in terms of education. Moreover, each year, Perpignan evolves and with it changes the density of its population, the implementation of new standards, etc. Thus, the school structures require, with the time, many renovations and rehabilitations, but also, with the expansions of certain urban areas, reorganizations in particular with a view to increase the capacity of reception within the school groups. Because security is of a paramount importance.

A city in perpetual motion

We constantly focus on the development of Perpignan and to do this, we give ourselves the means to our ambitions! With the arrival each year of new inhabitants, the construction of housing, but also the restoration of old monuments, the redevelopment of neighbourhoods, the city is in perpetual motion.

On the side of Perpignan Nord, many beautiful projects are underway: the redevelopment of the banks of Tet, Avenue Torcatis, the bridge and Avenue Joffre... All these rehabilitations contribute to the development of the sector and the environment and help to optimize the comfort and well-being of everyone.

Further south, dynamic neighbourhoods such as Moulin à Vent, Porte de España, Catalunya, the Lunette, etc., continue to develop, especially at the level of local structures. Whether it is culture, sports or recreation, many facilities have been built to contribute to the development of the sector.

In the East, urbanization areas are developing, especially at Mas Saint Pierre, Chemin de la Roseraie and Mas Llaro, yet we continue to implement many actions to preserve parks and natural areas, also rural areas, such as Saint-Jacques gardens for example.

Finally, in the West, the urban landscape is gradually changing, revealing the heritage quality of the neighbourhoods - such as that of the station with its remarkable buildings, or Saint Assiscle and its natural spaces - not to mention the renewal of certain sectors like Mailloles and Saint Martin or the Ducup Park. The Pascot sector is on the waiting list as we are planning major work there next year.

Proud of its past, its history, its identity, Perpignan is resolutely turned towards the future. We believe in the necessity and the effectiveness of a dynamic policy, of proximity, solidarity and openness. Thus, we proposed a real project of a city which is more than a promise, it is the thread of the action that we lead.

By 2020, we will continue to prepare the future of our city together, a prosperous future because it is with the same energy, the same availability and the same enthusiasm that we engage Perpignan in its evolution.

In 2014 Perpignan was the third poorest city in France among the 100 largest metropolitan municipalities. What is the situation today and what steps have been taken in this direction?

In a constrained national economic context, communities must learn how to cope. If the State therefore forces local authorities to control their operating expenses, Perpignan was one of the first to sign an agreement which limits the increase in actual operating expenses to € 2 million per year, from 2018 to 2020, continuously. This goal is to a large extent achieved.

In order to generate economic spin-offs and reinject them into the community budget, it is more than ever necessary not to neglect investments. Perpignan is one of the cities with the highest investment rates. This is the line of conduct that my team and I have chosen to follow for several years:

Thus, without increasing the taxes, without lowering investments, as did other large communities, and by rigorous management of public spending, Perpignan has, in this unprecedented financial context, made a radical break with the past, maintaining healthy financial equilibrium and improving it considerably. Several indicators testify to the attractiveness of our territory.

The growth of population - Perpignan has gained 16,361 inhabitants in 16 years – places the agglomeration of Perpignan among the 5 most dynamic territories of France. An attractiveness that should be developed, partly thanks to the investment. A major territorial project is being implemented gradually. It must identify Perpignan by providing the city with quality facilities in all areas to attract residents, businesses and tourists.

That is why major projects like the Mailly Campus or the Hyacinthe Rigaud Museum of Art, whose economic repercussions are undeniable, have been successfully completed. Perpignan is a city anchored in the 21st century, which is growing. It has high quality sports equipment, with the construction of a large multisport complex; very busy cultural facilities (Théâtre de l'Archipel, Conservatoire, Médiathèque) and lively conference activity thanks to the Palais des Congrès et des expositions.

But these are also investments related to the restoration of our heritage, or even local actions. The City regularly allocates human resources and additional materials for all sectors, which contribute to the safety of the inhabitants, the cleanliness of the City, or the education of our children. However, despite these multiple investments, the choice was made not to increase taxation to maintain the purchasing power of Perpignan.

In addition, the municipality supports the city centre through concrete actions to attract tourists, students and activities. Several actions were taken to make Perpignan a year-round tourist destination, including through activities grouped under the cultural umbrella brand "Perpignan in scenes"; In addition, the municipality worked to maintain the downtown Palace of Justice.

Thus, the territorial project "Perpignan Destination" is generating economic spin-offs. This is the result of Perpignan's virtuous circle of investment and ambition to remain attractive in a competitive and economically difficult context. Perpignan benefits from a healthy financial situation that tends to improve from year to year.

Results were achieved through rigorous management but without putting on hold the necessary investments for our city to rise to the rank of the strong communities at regional and national level.

Expect the second part of our interview with Jean-Marc Pujol in a week and learn more about the strategic development of Perpignan, the warm relations with Catalonia and his evaluation of what has been achieved so far during his governance.