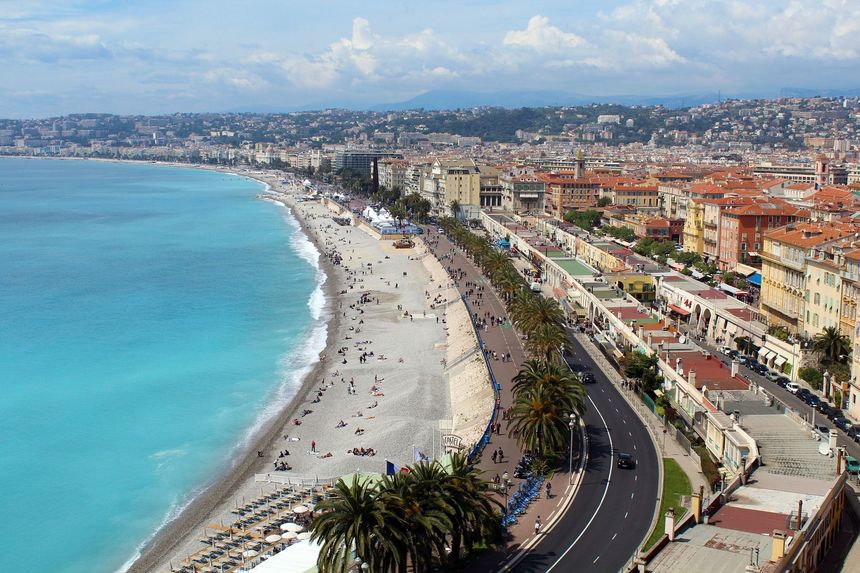 Nice (Nicaea) was probably founded around 350 BC by the Greeks of Marseille, and was given the name of Nikaia in honour of a victory over the neighbouring Ligurians (Nike was the Greek goddess of victory). The city soon became one of the busiest trading ports on the Ligurian coast.

During the Middle Ages, Nice participated in the wars and history of Italy. As an ally of Pisa it was the enemy of Genoa, and both the King of France and the Holy Roman Emperor endeavoured to subjugate it; but in spite of this it maintained its municipal liberties. During the 13th and 14th centuries the city fell more than once into the hands of the Counts of Provence, but it regained its independence even though related to Genoa.

In the second half of the 20th century, Nice enjoyed an economic boom primarily driven by tourism and construction. Two men dominated this period: Jean Medecin, mayor from 1928 to 1943 and from 1947 to 1965, and his son Jacques, mayor from 1966 to 1990. Under their leadership, there was extensive urban renewal, including many new constructions. These included the convention centre, theatres, new thoroughfares and expressways.

The city of Nice is located in the extreme south-east of France, at 30 kilometers from the Franco-ltalian border. With 343,895 inhabitants (2014) it is the fifth largest city in France (after Paris, Marseille, Lyon and Toulouse) and the 2nd largest city in the South-PACA region. lts agglomeration has 943 695 inhabitants (2012). lt is located in the heart of the seventh largest urban area in France, with 1,004,914 inhabitants. The city is the center of the Metropole Nice Côte d'Azur, which brings together forty-nine municipalities for 536,327 inhabitants (2013). Demographically, and in comparison with the communal averages at the national level, the city is marked by an overrepresentation of young and young adults (15/29 years) and older people (75 years and over) and an under-representation of the youngest (under 15 years) and adults (30-44 years).

Nice is the seat of the Cambre de commerce et dìndustrie Nice Cote d`Azur. It manages the Nice – Cote dÀzur Airport and the Cannes – Mandelieu Airport, as well as the Port of Nice. Investors from France and abroad can benefit from the assistance of the Côte d'Azur Economic Development Agency Team Cote d'Azur. The city also has several business parks, including Arenas, Nice the Plain, Nice Merdia, Saint Isidore and the the Northern Forum.

The city features several shopping centres such as Nicetoile, Nice TNL, Nice Lingostière, Northern Forum, St-Isidore, the Trinity and Cap3000. In Nice is situated Sophia Antipolis, a technology park. It primarily houses companies in the fields of computing, electronics, pharmacology and biotechnology. Several institutions of higher learning are also located in Nice. 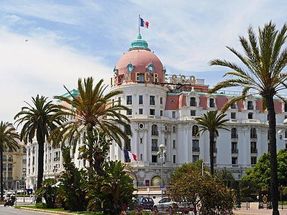 As one of the major touristic cities in France (second after Paris), the city of Nice receives every year more than 5 million visitors from the whole world. The touristic sector represents more than €1.5 billion in economic benefits. The city of Nice hosts the second largest airport in France, after the Parisian airports, with almost 12 million passengers per year, 57 airlines servicing 103 destinations in 30 countries, offering direct links with European capitals.

The city's main seaside promenade, the Promenade des Anglais owes its name to visitors to the resort. The clear air and soft light have particularly appealed to notable painters, such as Marc Chagall, Henri Matisse, Nikide Saint Phalle and Arman. Their work is commemorated in many of the city's museums, including Musee Marc Chagall, Musee Matisse and Musee des Beaux-Arts. Nice has the second largest hotel capacity in France and is one of its most visited cities.