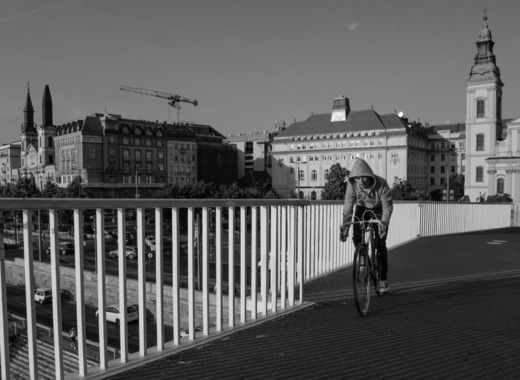 The Hungarian capital earmarked an additional 800 million HUF from its budget for the devolpment of cycling in the city, thereby doubling the governmental funding already provided. Аt a press conference in Budapest on Monday, Mayor Tarlós István announced that thanks to the infusion, the first stage of the development of EuroVelo's international bicycle paths can finally begin. He underlined that over the past ten years, the volume of cycling developments has significantly increased. Just to name a few - the MOL BuBi bicycle system in Budapest has been expanded, the network of bicycle paths was widened, and the Bike to Work  initiative was supported. The most important piece of news was that he signed a co-operation agreement with the Hungarian Bicycle Club, which would help them make their voice heard in the field of transport in Budapest.

István Tarlós explained that the Municipality of Budapest, together with several districts, applied for funding for 12 projects. The projects affect 16 districts with total value of about HUF 10 billion. Support contracts were signed in 2016, the planning of which is underway, and implementation is expected to take place between 2020 and 2022.

On the other hand, many people had expressed their fear of riding a bicycle due the condition of local roads and the lack of storage spaces, the government commissioner responsible for the Active Hungary programme Máriusz Révész said. He further added however that these are the most ambitious cycling developments for the past 10 years. The amount of HUF 10 billion available in Budapest is as high as it has ever been, taking into account the short timeframe.

Révész underlined that István Tarlós and the Hungarian Bicycle Club had set an example for other settlements on how to develop their infrastructure: asking bicyclists for an opinion is an important prerequisite for building cycling paths that people are eager to use.