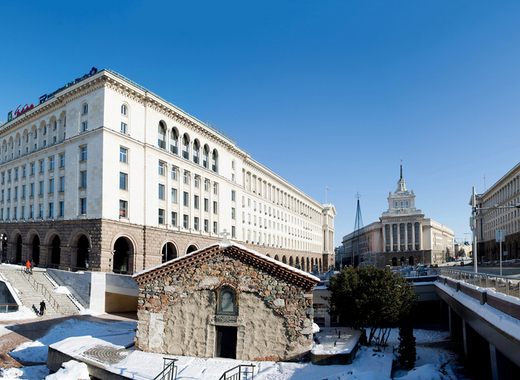 Source: Nikolai Karaneschev on Wikipedia under CC by 3.0 license

At the end of 2019, Sofia Municipality launched 22 new stations with air pollution-measuring sensors in Sofia. Their readings can be monitored in real time on the Internet platform platform.airthings-project.com/. The stations are installed on a wide perimeter of Sofia's districts,  but there is only one in the city center – situated next to the G.S. Rakovski Military Academy.

The 22 new sensor stations are one of the activities under the AIRTHINGS pilot project funded by the European Union under the Interreg Balkan - Mediterranean Program (2014 - 2020). In it, Sofia Municipality is a leading partner with four other cities - Thessaloniki, Nicosia, Tirana and Skopje.

The measurements from the stations are transmitted in real time to a cloud platform for storage, visualization and subsequent analysis. Everyone can check the current station readings and the status of various pollutants, as well as the history of the readings from the last 14 days.

The platform will have to work for at least 4 seasons to gather the necessary data for conclusions, according to Sofia Municipality. So far, the municipality has relied mainly on the stations of the Environment Executive Agency that it will continue to use.

The ambient air quality data of the project partners will be displayed on the same platform. This will create a network of connected cities for joint atmospheric air monitoring in the region, using innovative technologies. Subsequently, additional stations may be attached to the platform.

Sofia is Europe’s most polluted capital with high concentration levels of fine particulate matter (PM10). Approximately 9,000 people are dying each year in Bulgaria from diseases linked to the low air quality, according to the WHO. The European Commission estimates that the country’s economy loses nearly three billion euros annually due to indirect health costs resulting from air pollution.

Chronic depopulation of Bulgaria’s countryside and the resulting workforce accumulation and construction boom in the capital city aggravate the problem. The situation is made worse by the fact that Sofia is located in a low-ventilation valley, where the polluted air practically caps the city for prolonged periods of time.

Sofia Municipality is trying to address the issue by encouraging  citizens to use the public transport (buffer parking lots and “green tickets” are free on days with high levels of pollution), by washing avenues and streets and advising households using solid fuels to switch to alternative heating.

Using European funds, the Municipality in 2019 launched a campaign to replace the old solid fuel stoves of 20 000 households free of charge over three years.