30 years of democratic local governance this year in Poland

Check out the programme headlines 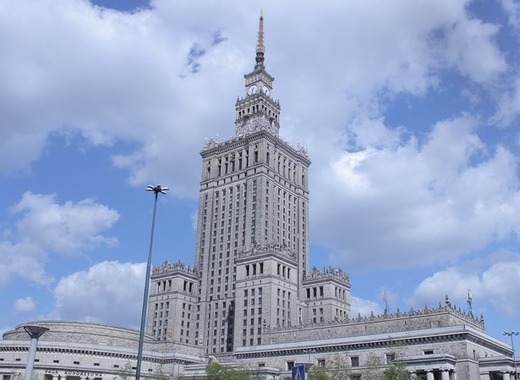 Local governments in Poland will be celebrating an important anniversary this year. Exactly 30 years ago, the first free local self-governmental elections in the country's post-war history were held.

The elections to municipal councils deriving from the Local Government Act took place on 27 May 1990. Hence, the date was established as Local Government Day and calls for a solemn celebration.

Accordingly, Warsaw will be organising a festive programme, the headlines of which have been announced this week. It includes exhibitions, a picnic and a concert, expert debates, workshops and educational trips, to name but a few.

Debating the meaning of local government

Various aspects of the functioning of local governments will be debated during the programme. They will cover topics like the achievements of Polish local governments in the last three decades, as well as their historical and symbolic dimension.

The debates, organised jointly by organisations representing local governments, will take place in the Palace of Culture and Science.

A day dedicated to Self-government

Many events are set to be held during the Civic Self-Government Day on 28 May 2020. They will emphasize the importance and key role played by the cooperation with citizens, NGOs and other third sector social initiatives and the local governments. The programme includes youth workshops, discussion panels and lectures by experts.

Again, the meeting place is the Palace of Culture and Science in Warsaw (4th floor).

Warsaw expects invitees from hundreds of municipalities from across the country to present their achievements. This will happen at a picnic in Krakowskie Przedmieście and Zamkowy Square on 30 May from 10 to 18h. Part of the programme are also performances by acclaimed local bands, culinary attractions, traditional handicrafts lessons.

“The 30th anniversary of Polish self-government is an opportunity to summarize what we've done, what can be improved, and how local governments should respond to the changing situation - including the increasingly centralistic aspirations of the current government. On May 27-30, we invite all who co-created and still co-create Polish local governments to Warsaw”, says Rafał Trzaskowski, Mayor of Warsaw, quoted by the municipal portal.

The capital city has set up a dedicated webpage (in Polish) with up-to-date information about the events. Make sure to check it prior to planning a visit.