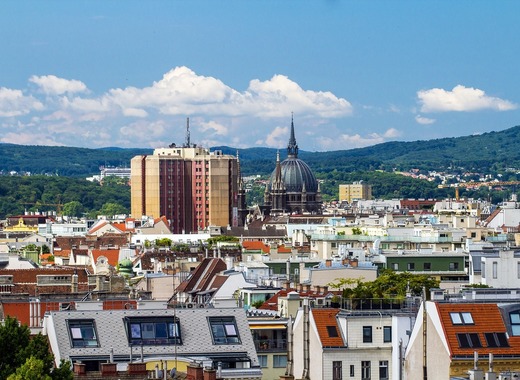 The European Investment Bank and Raiffeisenlandesbank Niederösterreich-Wien AG (RLB NÖ-Wien) are teaming up to provide the regions of Greater Vienna and Lower Austria with funding for the procurement of affordable homes and housing.

Together the EIB and RLB NÖ-Wien will be contributing 300 million euros – split in half, the two entities will be providing 150 million euros each to authorities in Austria. The first tranche of 75 million euros has already been signed while a further 75 million will be sent at the beginning of 2020.

Vienna has been occupying the top spots in quality of life for years now and as a result, more and more people are heading to the Austrian capital to seek their fortunes. That, in turn, has caused shortages of affordable housing, driving rent prices up and ultimately resulting in more and more people being turned away from prospective homes. As EIB Vice President Andrew McDowell, in charge of EIB´s operations in Austria put it: “The Greater Vienna area is very attractive and boasts a high quality of life. But increasing numbers of people are drawn to the capital, making housing prohibitively expensive for many residents.”

Representatives from RLB NÖ-Wien are also explicitly stating their eagerness to help citizens in need “ RLB NÖ-Wien is today making an important contribution to the creation of affordable housing for the community – fully in line with its founding principles. In partnership with the EIB, around 1 800 affordable housing units for families are being financed – not only in Greater Vienna but also in less developed parts of Lower Austria. Only in this way can we help these regions to remain attractive to people and encourage businesses to set up there.”

Rising rent prices are among the main issues that cities have been confronting – with a wide array of measures, including rent freezes, like the one in Berlin.