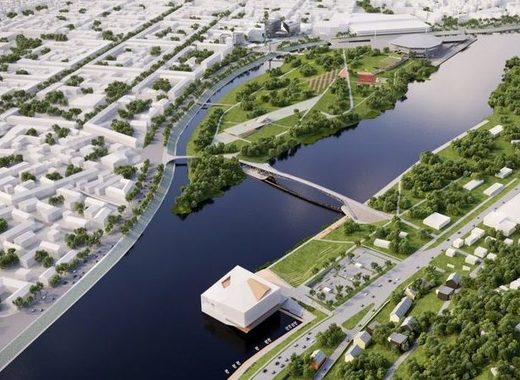 The mayor of Kaunas Visvaldas Matijošaitis unveiled a new phase of the city’s development, one he dubbed as “Kaunas is growing”. After years of rapid development, modernisation and increase of quality of life in the city, the time has come to create a symbol of the progress that’s been made. With that goal in mind, the Kaunas City Council introduced the public to their new plan for the future of the centre of the town. The mayor explicitly stated at the unveiling that this is not just a vision or an idea for the future, but a concrete plan that is already in the process of being implemented.

The project focuses on the island of Nemunas and aims to make it the city’s new and modern centre. A model of the island was created by using 3D printers from the local Science Centre and is expected to be an accurate representation of its future. The island will soon boast a brand-new concert hall, a modern water sports centre, a complete and total restoration and upgrade of Nemunas park and due to the ever-increasing number of foreign investments – 3 brand new modern office buildings.

You can take a look at the 3D model at auga.kaunas.lt