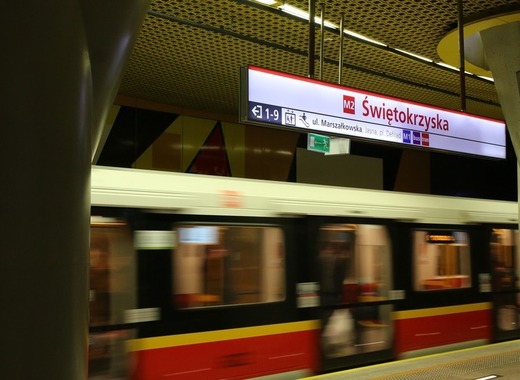 The metro of Warsaw will be purchasing up to 45 new trains. The substantial modernisation to the fleet оf Metro Warszawskie is possible thanks to an investment and financing provided by the European Investment Bank (EIB). The EU bank is giving a preferential loan for up to 50% of the total cost of the project, announced the city this week.

A preferential loan for modern transport in the capital

The contract for the purchase of the new trains was signed on 20 January 2020 with the consortium of Skoda Transportation. The contractor will receive PLN 1,308,248,300 for his services, PLN 654 million of which from the loan to Warsaw.

“The need to obtain an external source of financing for the purchase of trains carried out by the metro encouraged us to continue cooperation with the European Investment Bank. The very good cooperation so far, as well as the stability of European institutions, guarantee that this investment will be carried out on favourable terms for Warsaw” said Mayor of Warsaw Rafał Trzaskowski, quoted by the municipal portal.

“We fulfil our promises and buy a modern public transport fleet. We want Warsaw residents to use the best organized public transport that will ensure efficient movement around the capital”, he continued.

Prof. Teresa Czerwińska, vice president of the European Investment Bank explained that despite the difficult times, caused by the coronavirus pandemic, the institution wants to support far-reaching investments in infrastructure. After financing the extension of the second metro line, EIB will be glad to finalize the purchase of new rolling stock, she also said.

So far, the Polish capital has signed ten agreements with the EIB, for a total amount exceeding PLN 5.5 billion. All of them, apart from the agreement of 2014 and of September 2019, have already been settled.

With that in mind, it is worth noting that the bank has no intention of stopping here: further support for Warsaw is previewed in the fields of education, culture, roads, municipal housing and social integration.