450 years of the Union of Lublin - jubilee program

Do not miss the double celebrations: start planning your trip to the lovely Polish city 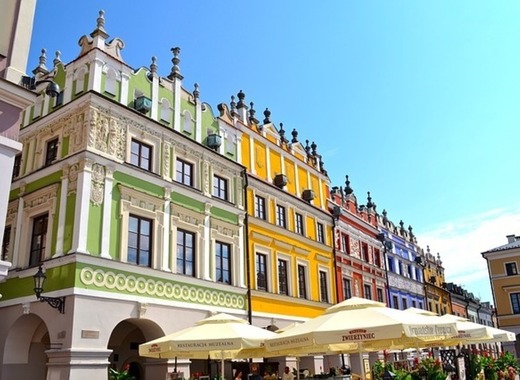 The Union of Lublin was signed on 1st of July in 1569 and founded a unified state – the Polish-Lithuanian Commonwealth, which replaced the personal union of the Crown of the Kingdom of Poland and the Grand Duchy of Lithuania.

On this occasion, there will be long festivities in the Polish city: the Lublin season (April 27 - May 5) will be an excellent opportunity to get to know the city better during numerous walks and events. This year, the programme will include over 100 events dedicated to the Union of Lublin, including thematic walks, bicycle tours in the footsteps of the Union of Lublin, cross-country trips, workshops artistic and culinary, visiting objects related to the signing of the union act.

Later, on May 1, the city celebrates the 15th anniversary of Poland's accession to the European Union. In connection with this exceptional jubilee in days May 1-5 the European Week will take place in Lublin. On this occasion, a special family picnic is planned on the square on May 1. The doors of the May Day may be opened by facilities having benefited from European Union funding. On May 3, the Lithuanian Square will turn into a stage where a philharmonic concert will be played and after the concert the inauguration of shows on multimedia fountains on Litewski Square can be seen –this year a special screening "From the Union of Lublin to the European Union" inspired by the history and heritage of the Union of Lublin.

On May 23, Lublin will become the sports capital of Poland again thanks to the FIFA U-20 World Cup. The Old Town Market Festival will turn into a magical melting pot where events and heroes are mixed more or less known known stories of Lublin: from the Middle Ages, Renaissance, Enlightenment, Baroque and the interwar period.

As part of the International Renaissance Festival, the city ​​will be overtaken by dance, music, theatre. A costume exhibition with a court fashion show is planned, as well as a Renaissance ball in costumes from the area. The festival draws inspiration from court culture, from sources of "living history". Celebrations will take the entire weekend from June 28 (the day of the adoption of the Union of Lublin in 1569) - July 4 (the day of the ratification of the Union of Lublin by King Zygmunt August).

This is only a fraction of what is anticipated during the particularly long festive season in Lublin. Discover more: Lublin – City of Inspiration.