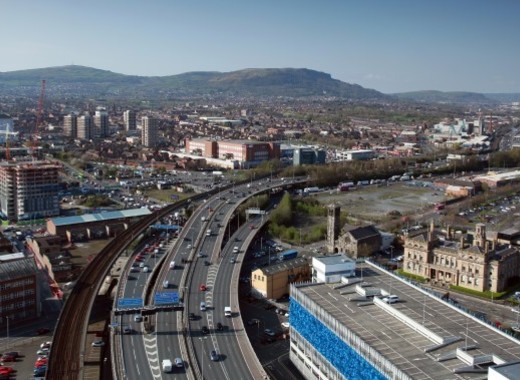 A £700-million investment for the Belfast Region City Deal was confirmed last week after an announcement by the Northern Ireland Executive’s Finance Minister that aimed to provide certainty and relief to both citizens and local authorities in the area.

The investment comes on top of another £150 million provided by different Belfast City Region Deal Partners and makes an overall £850 million package that is meant to reinvigorate the region’s economy after the coronavirus threat has subsided and people are once again allowed to return to work.

Investing in order to protect citizens

The Northern Ireland Executive has further agreed to fund another £100 million worth of projects in the region that will ensure the city’s growth and its future prospects as part of the overarching Belfast City Region Deal.

The Deal itself encompasses not only the local government of the city of Belfast but also several nearby City Councils including Antrim and Newtownabbey, Ards and North Down, Lisburn and Castlereagh, Mid and East Antrim and Newry, Mourne and Down. Their partnership is further strengthened through the unique collaboration with some of Northern Ireland’s top universities.

Speaking on behalf of all the Deal’s partners, the leader of the Belfast City Council Daniel Baker stated that: “At a time when there’s so much uncertainty because of this pandemic, the confirmation of this significant funding package is very welcome indeed. We’re working to deliver substantial regional regeneration and this investment will allow us to recover from the effects of Covid-19 more quickly, improve quality of life and create much-needed jobs.”

The Belfast City Region Deal is expected to provide funding for at least 20 successful projects that will not only guarantee employment opportunities to locals but will also substantially better the area and improve its economic prospects.