A campaign against cigarette waste disposal runs in Újbuda

A cigarette butt, second most frequently disposed plastic waste, can contaminate up to 1000 litres of water 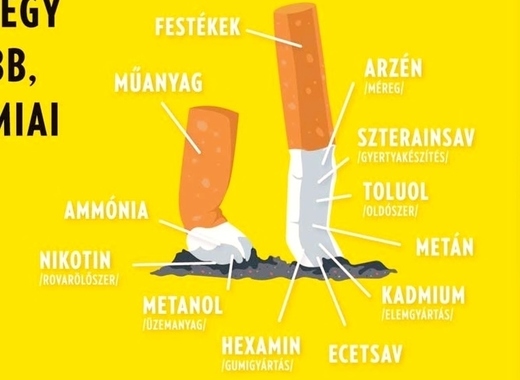 An informational campaign by JÖN Foundation aims to raise awareness about illegal discarding of cigarette butts, as particularly harmful to the environment. Throughout one month, JÖN calls for increased attention to the environmentally damaging effects of cigarettes and their unauthorised discard and is aiming to reach out to active smokers, having the habit of disposing of their cigarettes outside the designated places. Among others, for 28 days the former can join challenges, which aim to teach them about the particularly serious environmental impact of cigarettes and their proper disposal.

The butt is believed to be the second most frequently discarded disposable plastic waste, one piece of which being able to contaminate between 500-1000 litters of water. A discarded cigarette can contain as many as 4000 chemical compounds, as stated by hulldekvadasz.hu.

During the campaign, the following solutions will be suggested to smokers:

Újbuda is the 11th and most populous district of Budapest in Hungary. Located south of the historical territory of Buda and on the west bank of the river, it has been formed between 1900 and 1930 with tremendously growing population.