A large cooperative project on renewable energy starts in Leuven 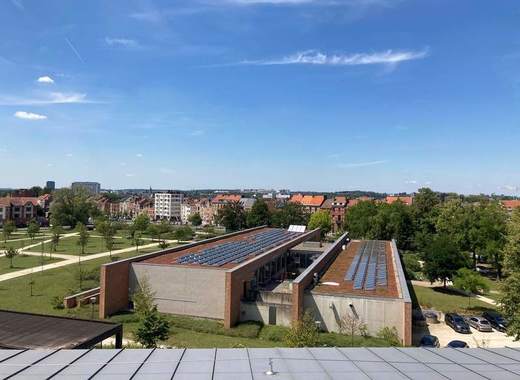 One of the largest cooperative projects on renewable energy in Leuven has officially started on Monday, informs the local authority. The city, together with two local cooperatives will be supplying ten public buildings with clean energy. The best part – residents of Leuven can invest in and acquire solar installations, thereby making a profit and contributing to the sustainable development of their city.

First steps of a large sustainability project in Leuven

The first two solar installations were placed this week on the roofs of the Girafant daycare centre and the Genadedal community centre, informs Leuven2030. 330 solar panels will provide the nursery at the Philips site with 109 kWp.

This corresponds to a production of 98,000 kWh per year, comparable to the annual electricity consumption of 28 families. At the same time, the Genadedal centre was equipped with a solar installation of 37 panels, which generates annual electricity of 11,500 kWh.

“Currently, only 11 GWh of electricity per year is produced via solar energy in Leuven, while the possibilities for electricity via solar panels are estimated at just over 400 GWh. So, there is still more than 97% of unused potential. Solar energy has to go up considerably if we want to become climate neutral as a city." said the alderman of climate and sustainability David Dessers, quoted by Leuven2030. 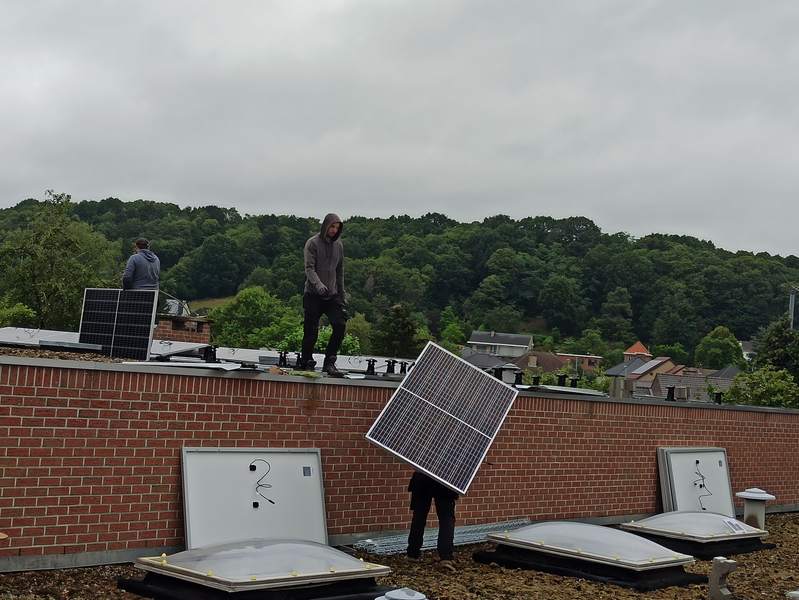 The new solar installation at the Genadedal community centre.

Photo by City of Leuven

At the beginning of August, a solar installation will be installed at the police station on the Philips site. Later this year, 7 other buildings will receive solar panels.

In total, these panels will generate around 740,000 kWh per year. This corresponds to the electrical consumption of approximately 200 Leuven households. With these solar panels, the city is estimated to save 180 tons of CO2 annually. The total investment is estimated at 650,000 euros.

Everyone can invest and make a profit from clean energy

The solar panels are financed with civilian capital. By collaborating with two energy cooperatives, Ecopower and ECoOB, residents, Leuven institutions, organizations and companies can participate financially in the project. Residents can buy a share of ECoOB and/or Ecopower and thus become co-owners of all the installations of the cooperative.

The energy cooperative ECoOB has seen a considerable increase in the number of its shareholders lately. Together with Ecopower they have raised about 340,500 euros at 250 euros per share. They want to involve 100 more inhabitants of Leuven in the project.

Finally, Dessers said that natural energy sources should be a common good, hence all residents, institutions and organisations are allowed and encouraged to participate and invest in renewable energy.