A new board will make Madrid more accessible 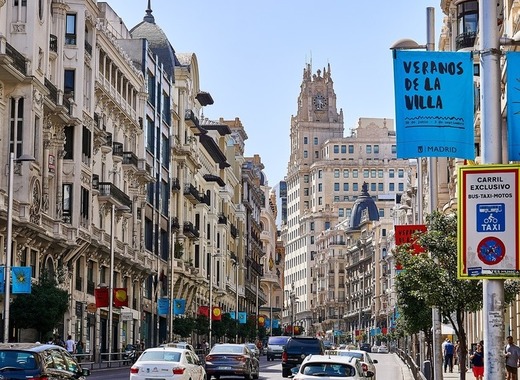 Madrid has made another step towards becoming a more accessible city. The city authorities announced on Wednesday the creation of a new board, in charge of analysing the current situation, formulating recommendations and designing a strategic plan for its improvement This action follows the launch of the Accessibility Office at the beginning of the year.

Towards a barrier-free city

The new body unites members from all areas of government, districts, political groups, but also representative of seniors and people with disabilities. Managers of the Municipal Transport Company, the Municipal Housing and Land Company are also part of the discussion. Its first and constitutive assembly was held online on 20 May and was chaired by Mayor José Luis Martínez-Almeida.

The newly constituted Board will analyse and follow-up on the accessibility situation in the city of Madrid and will participate in the design of a strategic plan to make the Spanish capital more accessible. Likewise, the members of this body will formulate recommendations and promote coordination procedures between the different areas of local government, as well as with other entities that operate in the field of accessibility.

Both the Municipal Office and the Board promise to implement a transversal approach to accessibility, since it affects all the services and infrastructure of the city not only on a physical level, but also on a sensorial and cognitive level. Accordingly, the City Council states that it has made it a priority to contribute to the greater personal autonomy of its citizens regardless of their functional capacity and age.

As we reported in February, Madrid received an accessibility recognition from Telefónica Foundation for its awareness of the problems of accessibility and the accessibility of the urban environment and public spaces, buildings, means of transport and communication systems. Upon receiving the award the city’s mayor encouraged the inhabitants of Madrid to report barrier-free places in Madrid and map them together.