The Mayor, Mr Cătălin Flutur invites all those who are interested to try out the special facilities 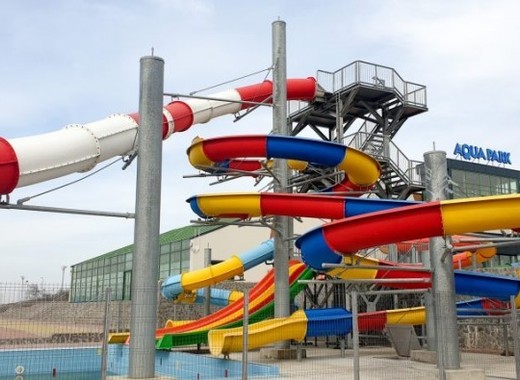 An extremely important project for the local community and beyond, has become reality in Botosani with the financial support of the European Union, co-financed under the EU structural funds. The Cornişa Aqua Park is a recreation and sports complex, the largest and best equipped of its type in Romania, announced the municipality in a special press release for TheMayor.eu. The site features multiple facilities including both an outdoor and an indoor pool with all possible endowments, outdoor and indoor tennis courts, a football field as well as other sporting grounds, an amphitheater, an ice ring, an artificial river for rafting (white water rafting) and bicycle tracks.

Spread over 50 hectares, in the immediate vicinity of the City of Botosani, Cornişa Aqua Park was officially inaugurated in mid-May through a three day event with concerts where Romanian and international artists were invited to perform. The event attracted widely celebrated in the entire area of ​​Moldavia (Eastern Part of Romania) and was garnered the attention of many. In these three days, Cornisa Aqua Park was visited by almost 100,000 people, coming not only from Botosani and other counties of Moldavia, but from neighboring countries like Ukraine and the Republic of Moldova as well.

The new recreational complex boasts an extraordinary potential for developing the economy of the city and region and puts Botoşani on the tourist map of this part of Europe. The mayor of Botosani Municipality, Mr Cătălin Mugurel Flutur invites all those who are interested to try out the special facilities at Cornişa Aqua Park. Everyone will be greeted with perfect hospitality and will be ensured practically unlimited access to fun.