A revolutionary system of electric bikes is introduced in Pomorskie region 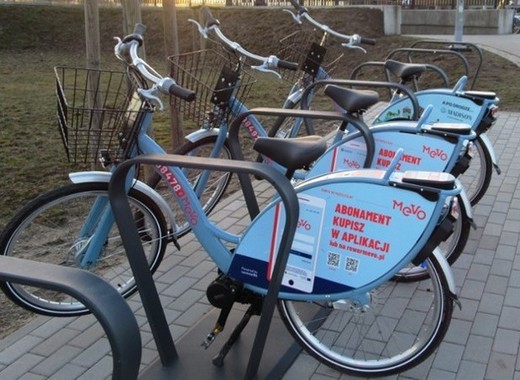 The contractor of the project is NB Tricity. Along with bicycle parking stations, a technological base and a special application were created. Mevo is the fourth-generation bike and has several conveniences: for instance, you do not have to park the bike in one of 660 Mevo stations, but quite the opposite. For a small fee, you can leave it outside the station. The position of the bikes is constantly monitored by GPS and GSM. Thanks to electric assistance, cycling is easier and does not require much effort. The app constantly reports the battery charge status. The annual subscription is from 100 zloty (23 euro) for 90 minutes driving per day or 0,10 zl/minute and can be purchased through a mobile app.

More information and video from Pomorskie.eu (in Polish).