A small town in Spain develops a green area initiative 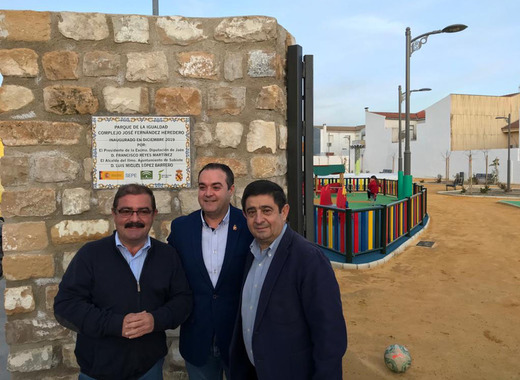 Sabiote is a small settlement in La Jaen. It is not the most popular touristic destination in Spain but it definitely has something to offer. Its history dates back to the Copper Age and has a medieval charm. Located in the Southern part of Spain, it is characterized by its hot climate and a landscape that witnesses to that.

At the end of December 2019, the Regional Governor of La Jaen inaugurated a 1,800-square-meter green area constructed under the Agricultural Employment Promotion Programme. The area is called Parque de la Igualdad-Complejo Hose Fernandez Heredero (translated as Park of Equality), as Europa Press reports.

The inauguration of the park coincided with the 40-year anniversary of the existence of democratic municipalities. These 40 years have seen the dynamic development of infrastructure, economy, and society in many remote and small settlements and municipalities around Spain. The Regional Governor said that back in 1979 it was unimaginable to have what they have today, but they had dreams.

The area of the park consisted mainly of rubble. With the new plan and the 200,000 euros of funding, the park has transformed the outlook of the place where people can now go for walks and parents can play with their kids. According to Governor Reyes, the implementation of such a project shows good governance on the side of the mayor, excellent use of resources and taking advantage of opportunities here and now.

The project has been developed and implemented in two consecutive phases. The first saw the preparation works for the pavements and grassing of the land as well as the construction of water supply facilities and drainage systems. The lighting was also installed during this phase. The second one was attributed to fencing, some repair works to neighboring houses that had been damaged during the works and finishing works such as benches, children`s facilities, fountain, etc.

The project itself is one that sets an example for other small settlements to fund and implement such zones for recreation and relaxation. It is especially needed for places that have a hot climate and less green areas.