Aarhus is the best student city in Denmark 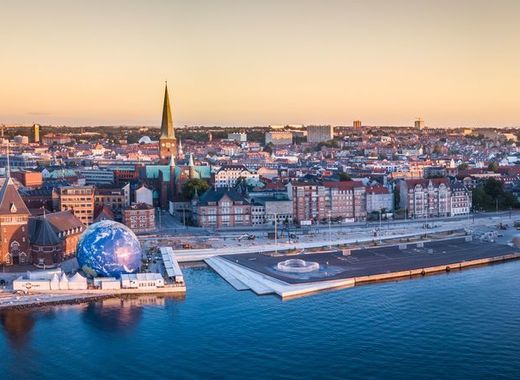 Aarhus is the second largest city in Denmark. The inner urban area contains 273 077 inhabitants and the municipal population is 340 421. The municipality covers a total area of 468 square kilometers, from which 91 square kilometers are urban territory. The economy of Aarhus is predominantly knowledge and service-based, strongly influenced by the University of Aarhus and the large healthcare industry.

According to a new survey conducted by one of the biggest education search engines in the Nordics - Studentum.dk, the city of Aarhus is the best student place in Denmark for 2019. According to the survey, Aarhus scored high across several key parameters: Career Opportunities, Education Institution Quality and City Reputation. All of them are categories that prospective students value the most. The ranking is based on scores across 7 parameters – the mentioned above, as well as Feeling Safe, Cost of Living, Cost of Housing and Access to Nature and Outdoor Opportunities.