Unlike current agriculture, farming underground is unaffected by irregular seasons, climate change and the extreme weather 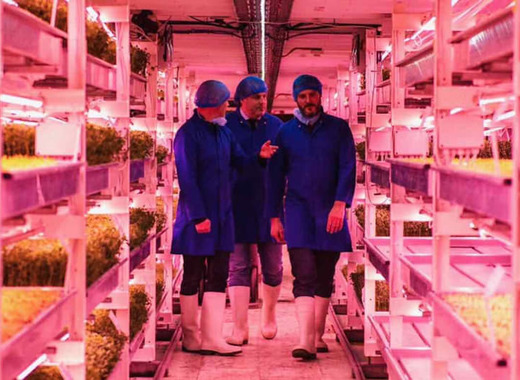 There are millions of redundant coal mines and tunnels in the world which could be linked to new tunnels for food production. Just in the UK, there are an estimated 150 000 abandoned shafts and 25 000 square kilometers of disused mines and tunnels. Currently, mass-producing crops requires large areas of land. However one 7 square meters shaft can produce 80 tonnes of food per year, approximately 8 to 10 times the amount of food grown on the same area of land above ground.

Besides this, unlike current agriculture, farming underground is unaffected by irregular seasons, climate change and the extreme weather. The air temperature and humidity levels are generally temperate and constant while there is a ready water supply as well as carbon dioxide. Growing food inside in artificial conditions is nothing new and such underground farms already exist in London. One company has converted old Second World War air raid shelters into a hydroponic farm that produces herbs and salads for London’s hotels, restaurants and supermarkets.