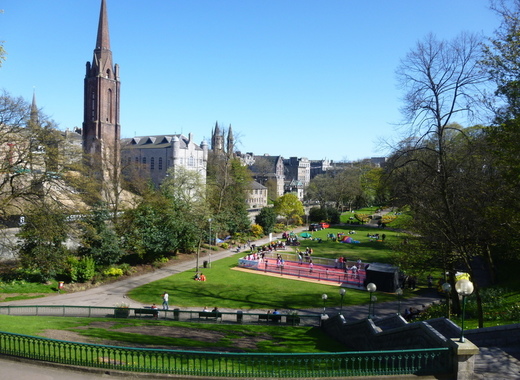 Aberdeen is taking a giant leap in urban planning as the Aberdeen City Council approved a new programme for the development of the city’s centre.

The work will be done at Queen Street – the very heart of Aberdeen would result not only in some marked improvements to local heritage and cultural sites but would also deliver 300 homes and a civic hub in the area.

The cost of the Queen Street project is estimated at around £150 million. Construction and development efforts are set to take place between 2020 and 2026. Currently, the City Council is drawing up its concrete vision regarding the housing that will be created in the area – its type and quality, as well as how it imagines the new streetscape and the surrounding green spaces.

Given the central location of Queen Street, many services are already headquartered there. They will be forced to relocate for the duration of the construction works. Such a service are the Scotland Police offices – according to the City Council, their building was already in dire conditions and their relocation is already being discussed.

Bettering the community through renovation

The City Council is aiming for the Queen Street project to be able to service and better the community as a whole. Local authorities hope that by delivering on the project, they will be able to reduce anti-social behaviour, improve healthier living and potentially increase the number of people employed in the digital sector. These ambitions make up a part of the city’s new Local Outcome Improvement Plan.