Adopt a tulip tree, save the grove of Queen Marie-Antoinette in Versailles

The picturesque garden in Chateau de Versailles, refuge to Marie Antoinette, needs your help to restore its previous charm 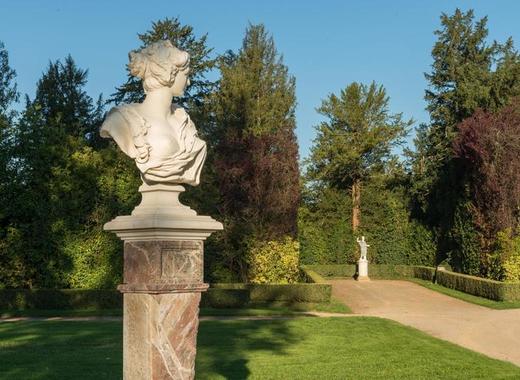 Created in 1776 specifically for Queen Marie Antoinette the charming garden extended the grounds of the Orangery. The composition of the garden was done in the spirit of the times and combined the rigor of the French lines, favourite to the Court, the rambling alleys serpentines which served for inspiration to new English models.

Deeply degraded during the last two centuries, unfortunately the Queen's grove is now only a pale reminiscence to what it was, although it still retains most of its original composition. Accordingly, its restoration will allow to recover the greenery of the grove as the Queen knew it and to recompose the alleys in line with the routes of the time. The central square will be replanted with Virginia tulip trees and access paths lined with trees and flowering shrubs.

As for the tulip tree, which was favourite of the Queen (or Liriodendron tulipifera), it originates from southern and eastern United States of America and was also planted in her gardens in Trianon. Introduced in France in the early eighteenth century, this majestic tree can live as long as 500 years and usually grows between 40 and 60 meters high. Its peculiarity lies in its fragrant tulip-shaped flowers as well as in its broad leaves, which are tinged with red and gold once autumn comes.

Hence, in relation to the restoration of the grove, the Versailles museum calls to individuals or enterprises to get involved. By adopting a tulip tree, they could benefit from a tax reduction and could receive a calligraphy certificate in their name or in the name of the person to whom they wish to dedicate your donation. The adoption of a tulip tree is 1,500 € (cost of tree purchase, transportation, planting and maintenance for two years). All you have to do is send a letter to the patronage department of the Palace of Versailles stating your intention.